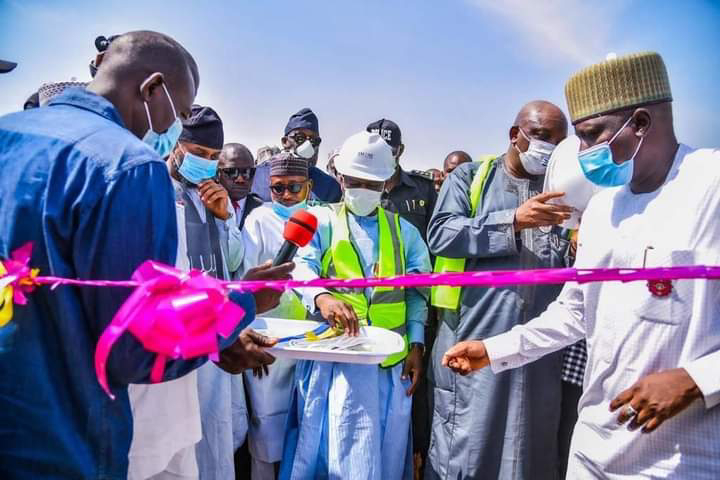 Barnabas Augustine
10/12/2020
Governor Ahmadu Umaru Fintiri has commissioned Solar Nigeria Power Project funded by EU and implemented by the Department of International Development (DFID) in collaboration with AECOM in areas most affected by insurgency.
Commissioning the project, Friday at College of Health Technology Mubi, Governor Fintiri said his administration has made provision of electricity a priority in areas hits by the insurgents using the available resources in order to recover the economic activities of the areas. 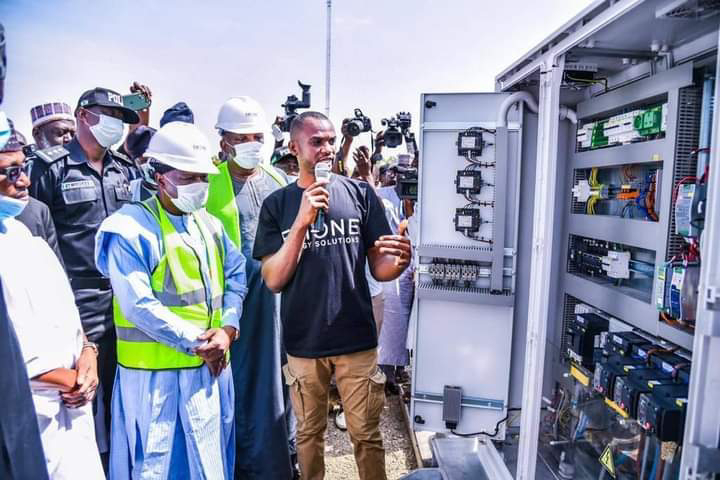 Governor Fintiri noted that solar power if well installed and maintained will last for twenty years, given a long lasting power energy.
He thanked the EU and Federal Ministry of Power for the intervention, saying it will go a long way in boosting the provision of efficient Health services in the benefiting areas., while appealing to the State Development partners to consider the second phase of the project to include more Health facilities and institutions.
In his key note address, the Minister of Power, Engr. Sale Mamman said the Nigeria solar projects are unique because they were conceived under a Technical Assistance grant programme which is a bilateral cooperation programme that is funded by the European Union, implemented by the Department for International Development (DFID) with oversight provided by Ministry of Power.
He explained, the projects were also implemented under a framework, which provide sustainable, reliable and affordable energy supply consistent with the commitment to achieve United Nation’s Sustainable Development Goal.
He revealed that the solar energy were installed at eight health facilities in the state which include 78kW in Maiha Cottage Hospital, 78kW in Gulak Cottage Hospital,104kW in Garkida Hospital and 104kW in Michika General Hospital
Others are 104kW in Mubi General Hospital, 208kW in College of Health Technology Mubi, 36kW in Michika Maternity Hospital and  36kW in PHC Ga’anda.
In his remark, the Commissioner for Works and Energy Development Adamu Atiku revealed that the phase one of the project that have been completed was in a Ten Million Euros (over Four Billion Naira) intervention by the European Union EU and implemented by Department for International Development.
He also revealed that to ensure the sustainability and optimal use of the solar facilities, the Energy Development Department carefully selected and trained two Technical Personnel, three staff of the Ministry and one Health Personnel on system operation, monitoring Health and safety requirement of each of the Solar facilities. And, the Ministry has also taken delivery of systems spare parts from the EU more than two months ago.
00:43
Adamawa Daily Reports
News
Email ThisBlogThis!Share to TwitterShare to Facebook