Home » News » NEWS:Remaims of late Baba Allen Bute and wife Mama Nancy Allen Bute has been laid to rest in their home town.

NEWS:Remaims of late Baba Allen Bute and wife Mama Nancy Allen Bute has been laid to rest in their home town. 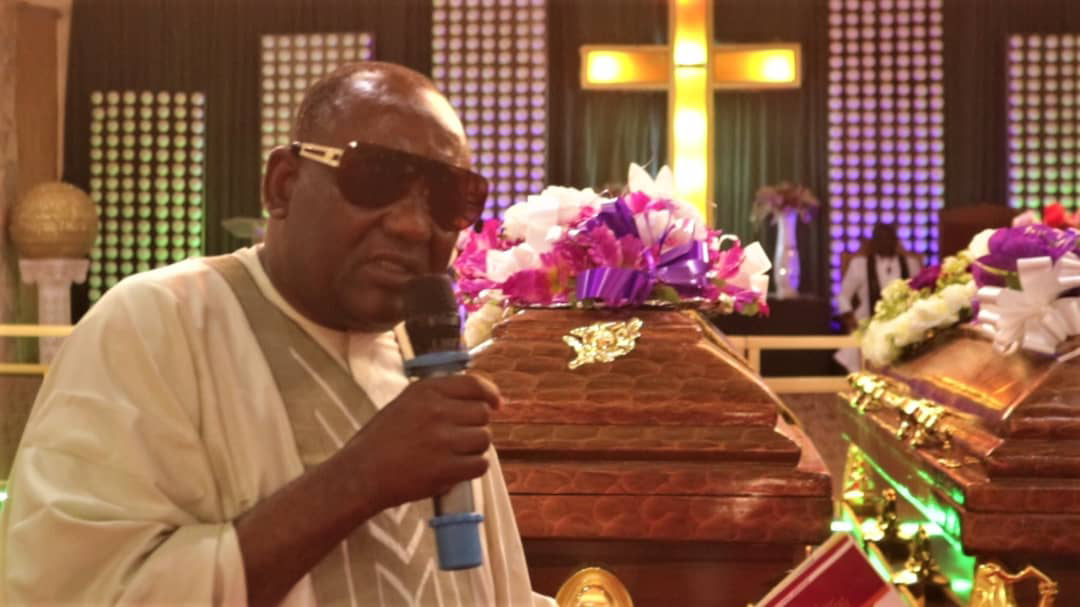 By:Yusuf Umar
The Deputy Governor of Adamawa State,Chief Crowther Seth was among the dignitaries at the funeral service held at LCCN Catheral Numan and has commiserated with the family, emphasizing that Bachama kingdom and the Numan federation have lost a hero who always stands for truth.
The entourage at the funeral service of late Baba Allen Bute and his wife Mama Nancy Bute at LCCN Catheral Numan comprises the Director General Sustainable Development Goals government house Yola Mark Balanso, James Okosi, among other advisers and government functionaries.
With tears, pains and agony, the Deputy Governor paid his last respect to the departed souls, even as he prayed their spirit to be at peace with the creator.
He encouraged the bereaved family to summon courage and bear such a great loss, reminding them that they should see reason to celebrate the life of the departed souls and appreciate God who does things at his own given time.
Chief Crowther testified that late Baba Allen Bute and Nancy Allen Bute have written their name in the lives of many, and expressed optimism that they have gone to be at the bossom of God. He therefore urged the family to take heart and seek comfort in God.
The deputy Governor said the departed are humble and God fearing who devoted their life serving God and humanity, hence the need for those they left behind to follow their footprints.
Dean Reverend Esthon Nzolaningi in a message encouraged the living to fear God, reminding them that there is a time to be born and a time to die, a time to weep and a time to laugh, a time to mourn and a time to celebrate, hence the need for the living to live righteously while still alive.
He said everybody must give account of his or her deeds, and tasked the living to remember life after death in all they do.
Born on 15th March, 1937 and 21st December, 1941 respectively, Late Baba Allen Bute died on 25th December, 2020 at the age of 83 and his wife passed away, on 31st December, 2020 at the age 79.
They survived with six children, 14 grandchildren and 4 great grand children.
Their corpse has since returned to mother Earth on Tuesday 5th January, 2021 in their home town in Numan Local Government Area according to Christian rites.
17:45
Adamawa Daily Reports
News
Email ThisBlogThis!Share to TwitterShare to Facebook