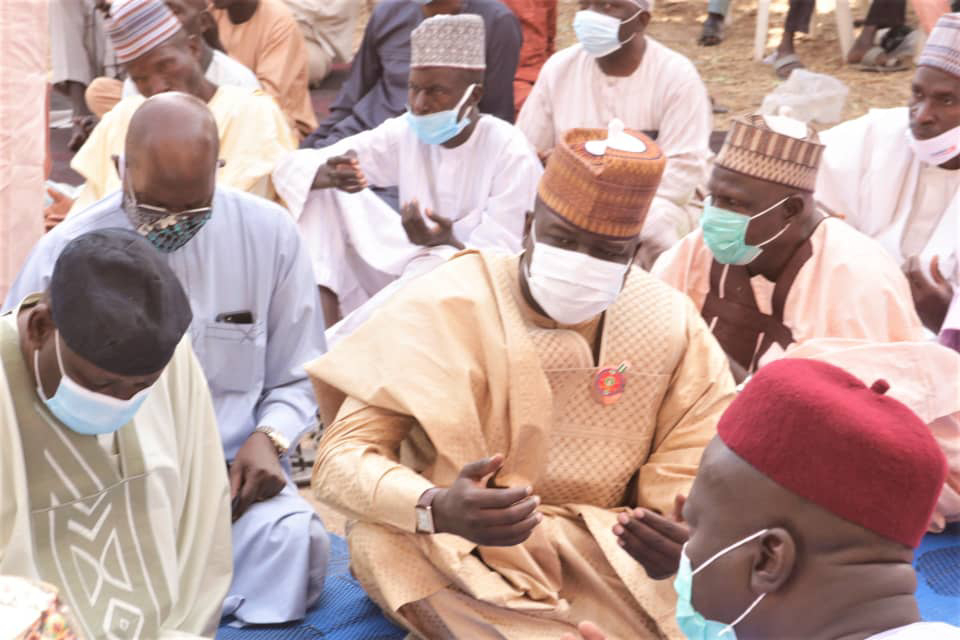 By: Yusuf Umar
The Adamawa State Deputy Governor, Chief Crowther Seth has received his counterpart from Borno, Umar Usman at Yola international Airport who was in Adamawa to condole the family of late Dauda Birma who died at the age of 81.
Chief Crowther received Umar Usman and his entourage as they arrived Yola at exactly 10am aboard Max Air.
On arrival, the number two citizens from Adamawa and Borno among other Government Officials proceeded to the private residence of late Dauda Birma in Jimeta to condole the family.
While commiserating the Government of Adamawa and the bereaved family, the Deputy Governor of Borno State, Umar Usman expressed sadness over the death of Dauda Birma, saying his wisdom and dedication to the service of the state and Nigeria will not be forgotten.
The Deputy Governor said as an educationist, administrator and a seasoned politician, the contributions of late Birma to the growth and development of the State and the country in general cannot be quantified, noting that he has made his mark as a successful businessman and civil servant. He therefore, described the deceased as a source of inspiration  for the younger generation.
Umar Usman regretted the demise of the illustrous son of Adamawa and prayed God to grant him eternal rest, while for the family, the fortitude to bear such an irreparable loss.
The younger Brother to the deceased, Umaru Birmah has on behalf of the family appreciated the Deputy Governor of Adamawa and that of Borno for identifying with them in such moment of grief and prayed God to reward in abundance.
The former Minister of Education, late Dauda Birma died on Tuesday 5th January, 2021 in Yola.
00:20
Adamawa Daily Reports
News
Email ThisBlogThis!Share to TwitterShare to Facebook