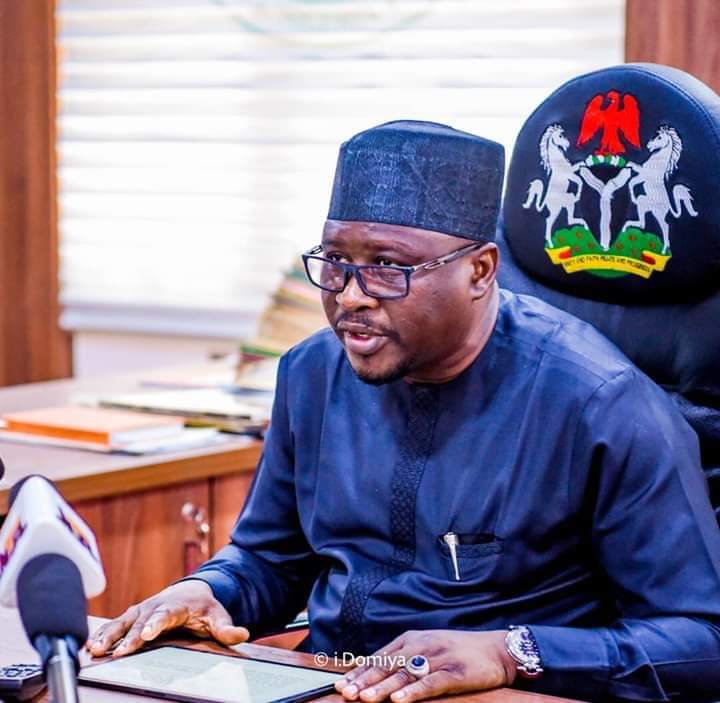 By Barnabas  Augustine
2/2/2021
Adamawa State Governor, Rt. Hon. Ahmadu Umaru Fintiri  has been named Business Day Best Governor in Education in Nigeria for the year 2020. This came after Adamawa was adjudged most improved state in education.
The Governor bagged Leadership Governor of the year 2019 by the Leadership News paper for his leadership style and qualities.
In a statement signed by the Press Secretary to  Adamawa State Governor, Mr. Humwashi Wonosikou said the Governor Fintiri has designed robed his nomination as encouraging.
The state read in parts:
“Adamawa State Governor, The Rt.Hon Ahmadu Umaru Fintiri has described his nomination as Best Governor In Education Development by the BUSINESS DAY Newspaper as encouraging.
“The Business Day's 2020 Committee for States Competitiveness and Good Governance Awards had in a letter to the Governor stated that "We would like to inform Your Excellency that you have been nominated for the Most Improved State in Education Award 2020".
“The paper is quoted as saying that "The improved business environment in Adamawa state has attracted quite a number of agricultural investments into your State...Your administration succeeded in resolving the perennial farmer herder conflicts".
“According to the Newspaper based on data gathered through on the spot assessment and interaction with people as well as data provided by the National Bureau of Statistics, the nomination of Governor Fintiri is well deserved.
“The freshair Governor who expressed joy at the recognition said it came to him as a surprise. "My humble contribution to the development of the Education sector was informed by the desire to pull out the State from its doldrums and place Adamawa amongst the top States".
“Governor Fintiri said little did he know people were watching from outside and appreciative of his contributions to the growth and development of Adamawa State.
“While commending BUSINESS DAY Newspaper for great evaluation of the impact of his administration's policies and programmes particularly the pragmatic and tangible transformation and diversification across all segments since becoming Governor in 2019, noted that "I have no inkling that the BUSINESS DAY Newspaper could find me worthy for such award".
“Governor Ahmadu Umaru Fintiri commended the agenda setting approach of the Newspaper through the "The States Competitiveness and Good Governance Awards" aimed at bringing about a healthy competition amongst the sub national governments in Nigeria with a view to encouraging state governments to explore their richly endowed human capital, natural and agricultural resources.
“The Governor noted that his recognition and that of his team is motivating in spite of all the challenges posed by the Coronavirus Pandemic.
"I accept this nomination as it will propel me and the entire team to continue making difference in Governance. We had to take hard decisions which is in the overall interest of our state and that of our children".
“The award is slated for February 25th 2021 in Abuja”.
23:21
Adamawa Daily Reports
NEWS.
Email ThisBlogThis!Share to TwitterShare to Facebook