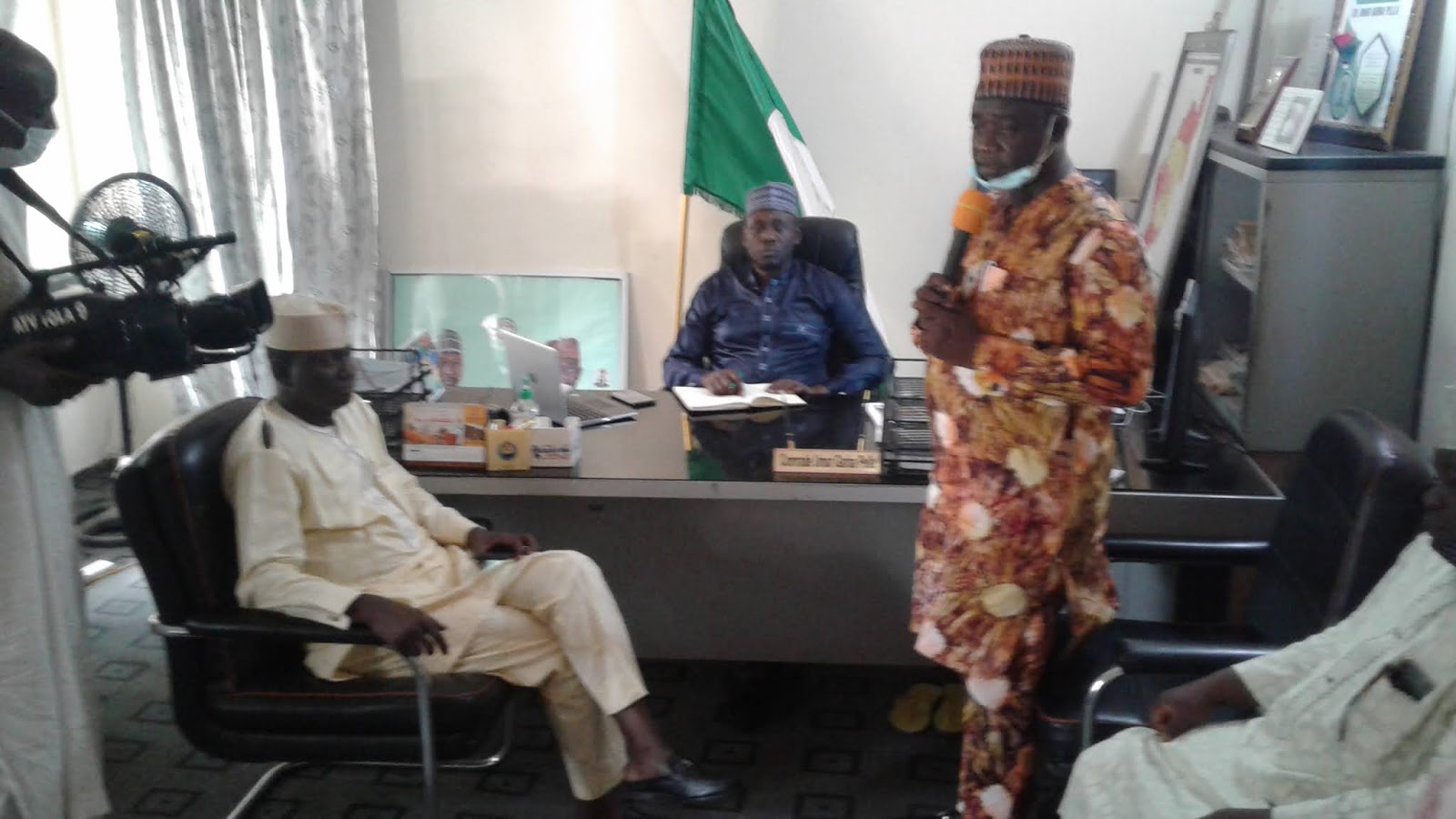 By Yunusa Abdullahi
29th March, 2021
The Honourable Commissioner, Ministry of Information and Strategy, Comrade Umar Garba Pella  has commended  Journalists  for their  developmental  reportage of the fresh Air  Government  .
He made the commendation when he granted in audience the state Executive Council  Members of the  Nigeria Union of Journalists at his office recently.
According to the Information Commissioner,  the  relationship existing  between the  State Government  and the  entire  Journalists  is very  cordial , and  commended  Journalists for their professional  conduct  while  discharging their  duties. Comrade Pella also stated that the  State Government  is working assiduously  in ensuring that the  State  owned Media outfits function effectively , assuring that the Adamawa Television Corporation  Mubi would be  on air before the end of 2021  as all  arrangements  have been  concluded to make the  station  operational in  order to  give the State  a wider  coverage so as  to inform the electorates  about the Government  policies and programmes.
Earlier in his speech,  the State  Council Chairman of  the  NUJ  Comrade Ishaka Donald Dedan had  informed the  Honourable Commissioner  that the  EXCO  were at  his office  to thank him and the entire  Management Staff of the Ministry  for their continuous support and cooperation given to  the NUJ  at all times  as well as to  congratulate the  Permanent Secretary,  Barrister  Isuwa  Kskbiya Misali  over his elevation  and posting  to the Ministry  as Permanent Secretary.
While  commending the State Government  for resuscitating  the State owned Media stations, Comrade  Dedan assured that  NUJ  will continue to  Partner with the  Ministry of Information and Strategy  for the overall progress and Development of  Journalism  profession.
He however appealed for training and  retraiming of Journalists  by the  government  in order to enhance  productivity and  efficiency .
02:42
Adamawa Daily Reports
News
Email ThisBlogThis!Share to TwitterShare to Facebook