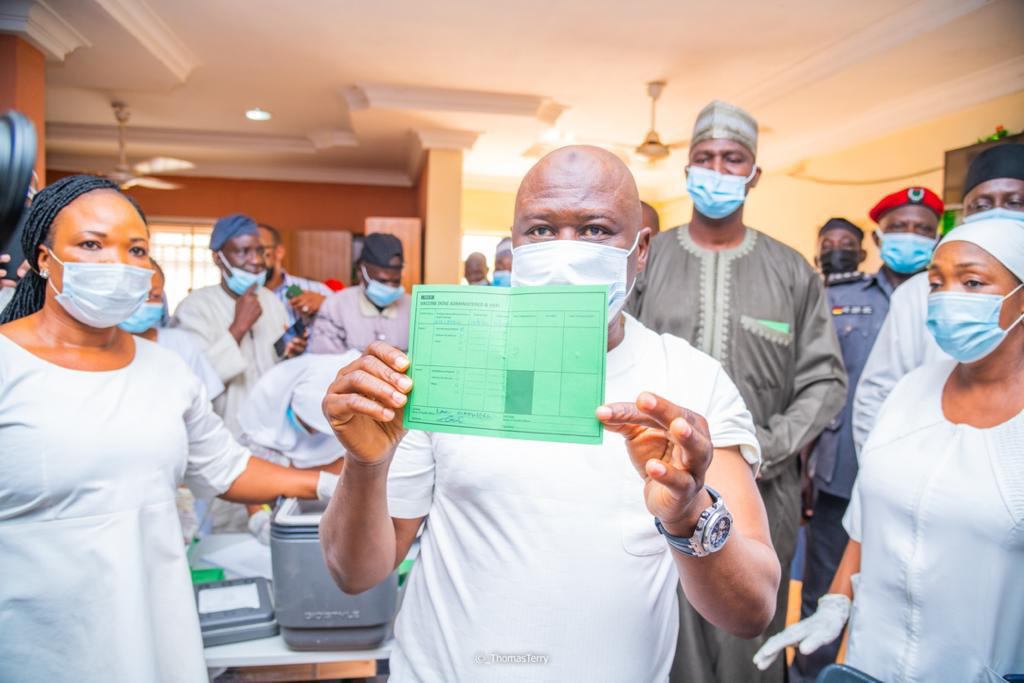 Governor Ahmadu Umaru Fintiri of Adamawa State has received the Oxford-AstraZeneca jab for coronavirus pandemic and said it is safe for people.

The Governor call on the people of the state not to panic as the vaccine is the only way that the world can be safe from the pandemic. 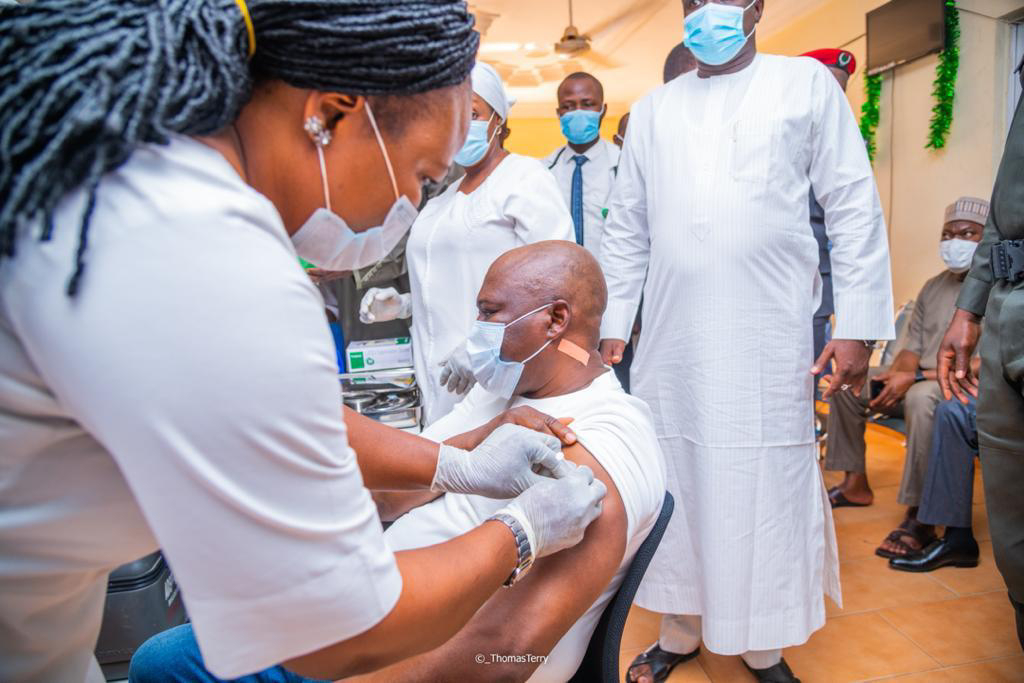 Responding to questions from newsmen shortly he received the first dose of the vaccine at the Adamawa-German Hospital in Specialists Hospital Yola he said the Government has plan to vaccinate everybody. Adding, Adamawa State has received fifty-nine thousand of the Oxford-AstraZeneca vaccine and in the next ten days the state will receive far than more first doses it received.

He said, the doses will be enough to cover the people on the priority list and subsequently everybody who are willing to take the vaccine will be vaccinated. Maintaining that the vaccine is necessary but not compulsory.

According to Governor Ahmadu Umaru Fintiri said he has taken the vaccine at the public hospital so as to share with the citizenry where they will equally take the vaccine while saying he is a man of the people who was voted massively by the masses.