NEWS:Governor Ahmadu Umaru Fintiri Reminds Citizens of Government's Readiness to Boost Revenue Base of the State. 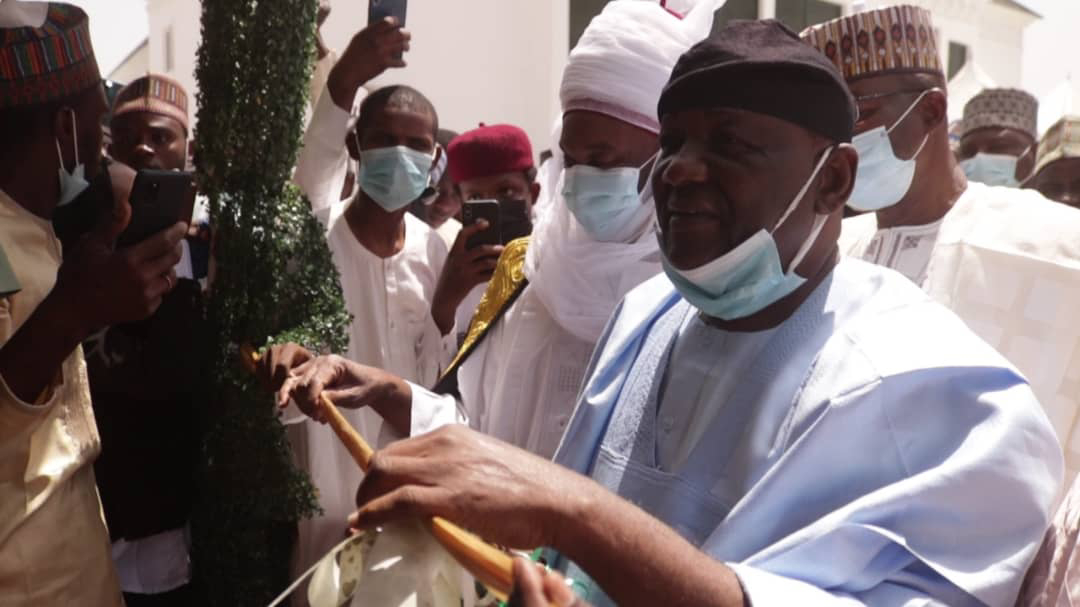 By: Yusuf Umar
He gave the reminder at the official commissioning of Fombina Ambassadors Suites and Apartments along Army Barracks Road Jimeta-Yola.
The Fombina Ambassadors Suites and Apartments is owned by a long standing business man, politician and an illustrous son of Adamawa, Barr. Aliyu Wakili Boya.
Represented by his Deputy, Chief Crowther Seth at the official commissioning of the edifice, Governor Ahmadu Umaru Fintiri said the remarkable achievement could not have come at a better time than now, when the state government continued to divise all means to improve the internally generated revenue of Adamawa.
The people's Governor also congratulated Wakili Boya for such initiative and laudable achievement, which according to him will reduce unemployment and as well, add to the revenue base.
He added that as Government continue to create enabling environment for business to strive, the edifice equipt with the modern facilities will change the hospitality industry in the state, known as the "land of beauty".
The founder Barr. Aliyu Wakili Boya said the structure was born out of his desire to contribute his quota to socio-economic and political development of the State.
He revealed that the 72 hotel facility, comprises of furnished and levishly finished  rooms ranging from standard to deluxe, VIP and royal to presidential option among others.
02:54
Adamawa Daily Reports
News
Email ThisBlogThis!Share to TwitterShare to Facebook