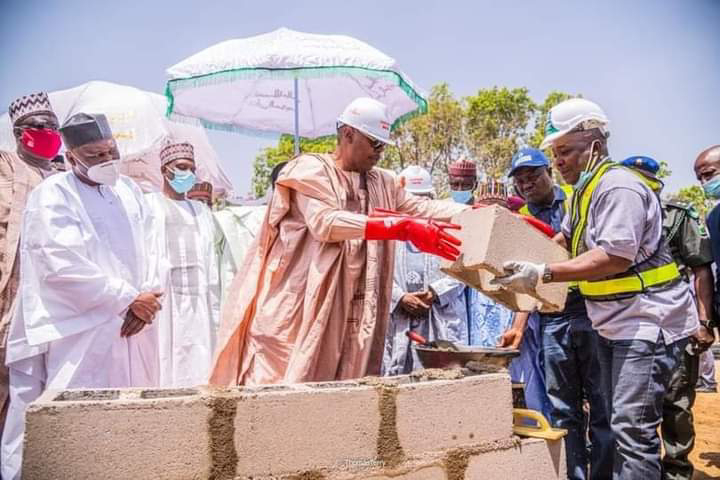 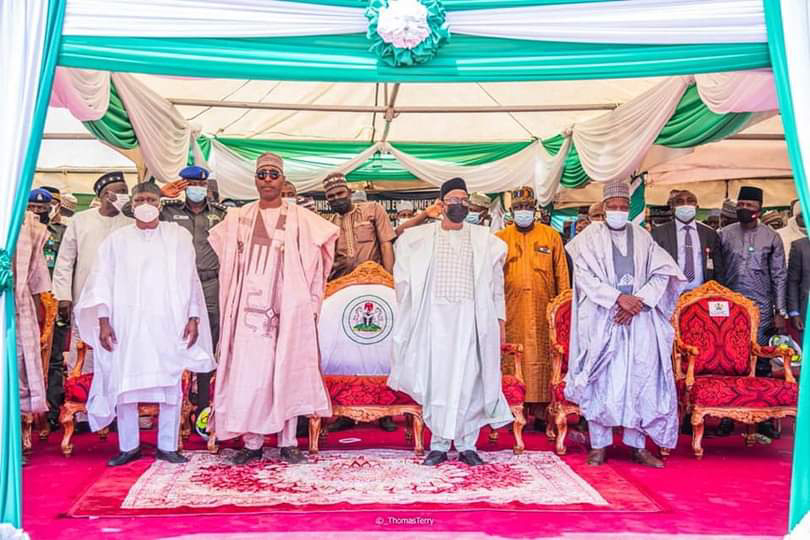 Performing the ceremony at the premises of Government House Bauchi the Chairman North East Governors’ Forum, Governor Babagana Zulum lauded Bauchi State Governor for embarking on a project that will not only rejuvenize the Government House but will create job opportunities to a teaming youth.
He decried the insecurity of North East which he said has affected the economy of the region. 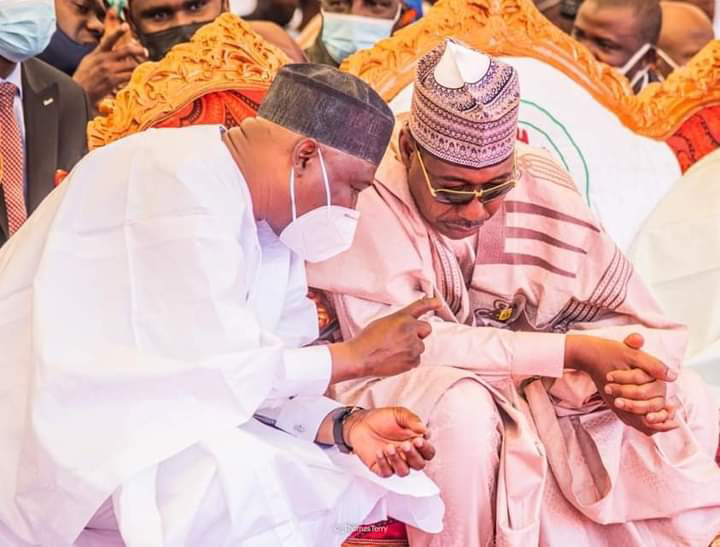 Governor Zulum noted that north east region is devastated with deforestation, poverty, youth unemployment among others. Adding, the Governors of the region leaved their comfort zone to deliberate on how to develop it in their fourth North East Governors’ Forum meeting held in Bauchi.
He disclosed that at the Forum, the Governors resolved to established regional security outfit that will tackle security challenges of the region, establish North East bank as well as North East Airline to improve and create job opportunities in the region.
Governor Babagana Zulum thanked North East Governors Forum for supporting him to chair and take the region to a greater height.
Earlier speaking, the host Governor, Sen. Bala Mohammed lauded North East Governors for embarking on laudable projects in their respective States despite security challenges and the spike of COVID-19.
He said the north East region is fast developing and it will soon be economic hub of the North.
He revealed that a total of six point two billion naira was approved by his administration for the reconstruction and upgrade of Bauchi State Government House.
Governor Mohammed said the reconstruction and upgrade work will include Governor’s Office, Staff residence, Government House clinic, International Conference Centre, Governor’s residence, Staff residence, Power House, Mosque, water House among others.
On his part, Bauchi State Commissioner of Housing and Environment Hamisu Muazu Shira disclosed that Bauchi State Government has constructed two thousand five hundred housing units for the state’s indigenes and over four thousand have been proposed to be constructed.
Speaking on behalf of the construction firm, Architectronix Limited,
Engr. Reuben Okoya promised to work according to specification and time frame.
07:59
Adamawa Daily Reports
News
Email ThisBlogThis!Share to TwitterShare to Facebook