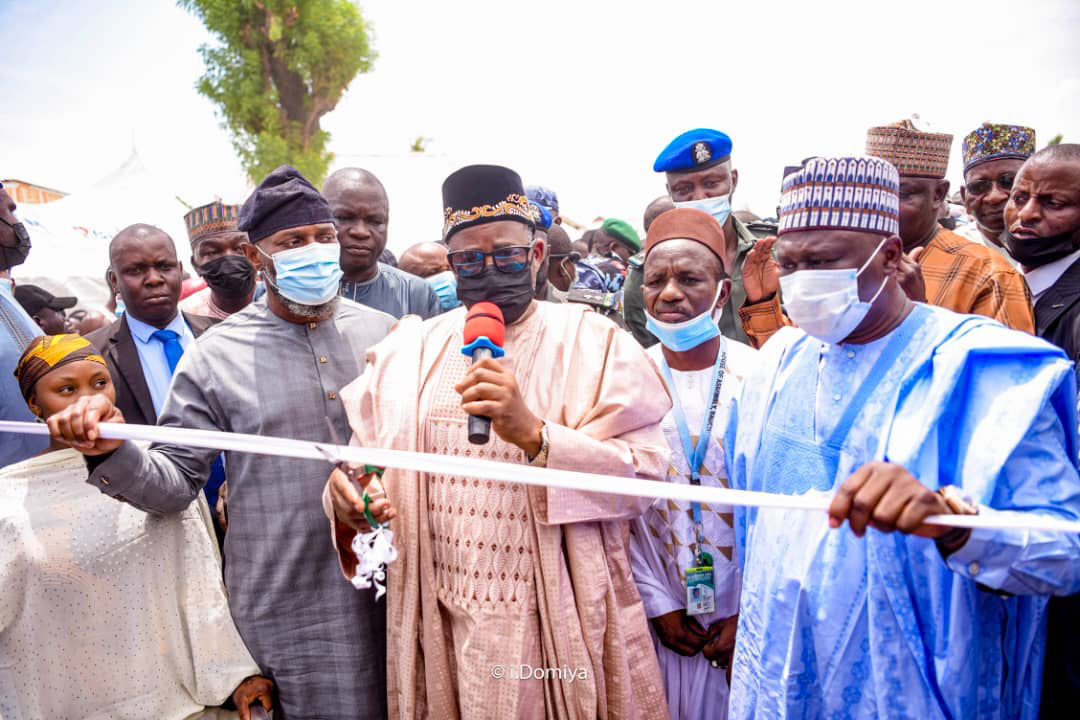 By Barnabas Augustine
20/5/2021
Governor Bala Mohammed Abdulkadir of Bauchi State has commissioned 7.8km township roads in Michika local government area constructed by Governor Ahmadu Umaru Fintiri of Adamawa State.
Roads with drainages that were completed and commissioned, Thursday in Michika include Mukaddas, Lassa, Falu, Low cost roads as well as Hospital road extension.
In his remark, Governor Mohammed Abdulkadir lauded his counterpart Governor Ahmadu Umaru Fintiri for providing dividends of democracy to Adamawa citizens which include road projects and other people oriented programmes.
He called on the people of Adamawa to rally round the present administration of Governor Umaru which according to him is poised to develop the state to greater heights where the future generations  will have much to be proud of. 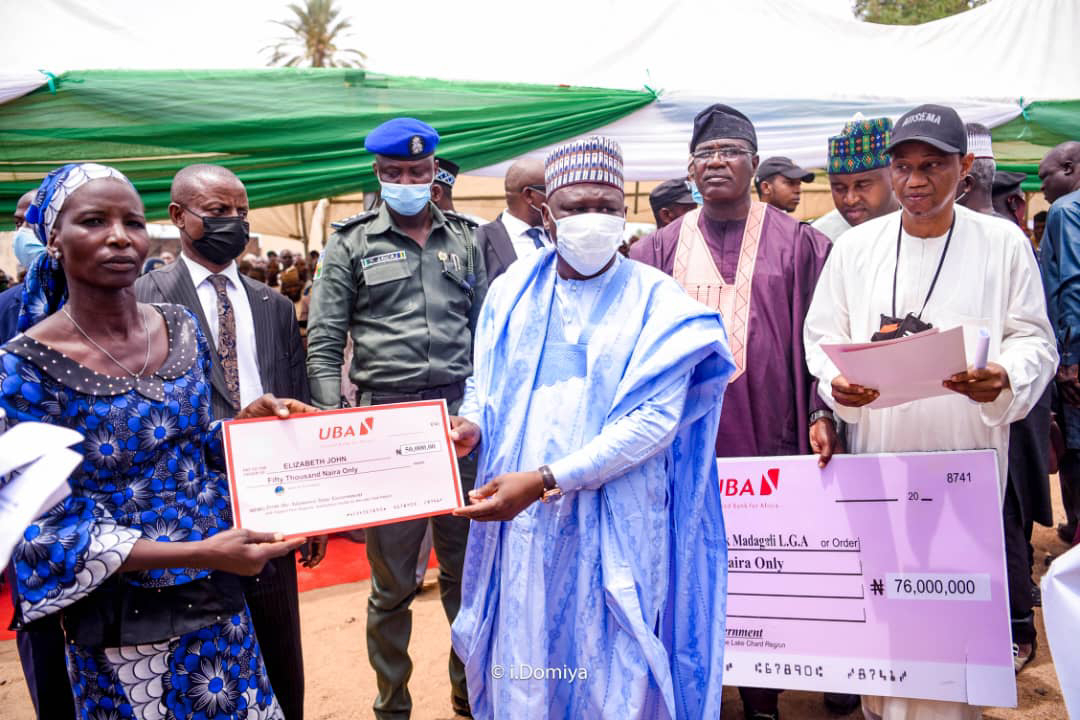 In his speech, Governor Ahmadu Umaru Fintiri said the road projects are part of the package for his administration's Urban renewal campaign in the State to bridge the infrastructural gap between urban and semi-urban centers.
The Governor said his administration has also successfully constructed 347km Rural Infrastructure and Community Development drive, which has unlocked limitless opportunities for the hardworking rural dwellers in Adamawa. 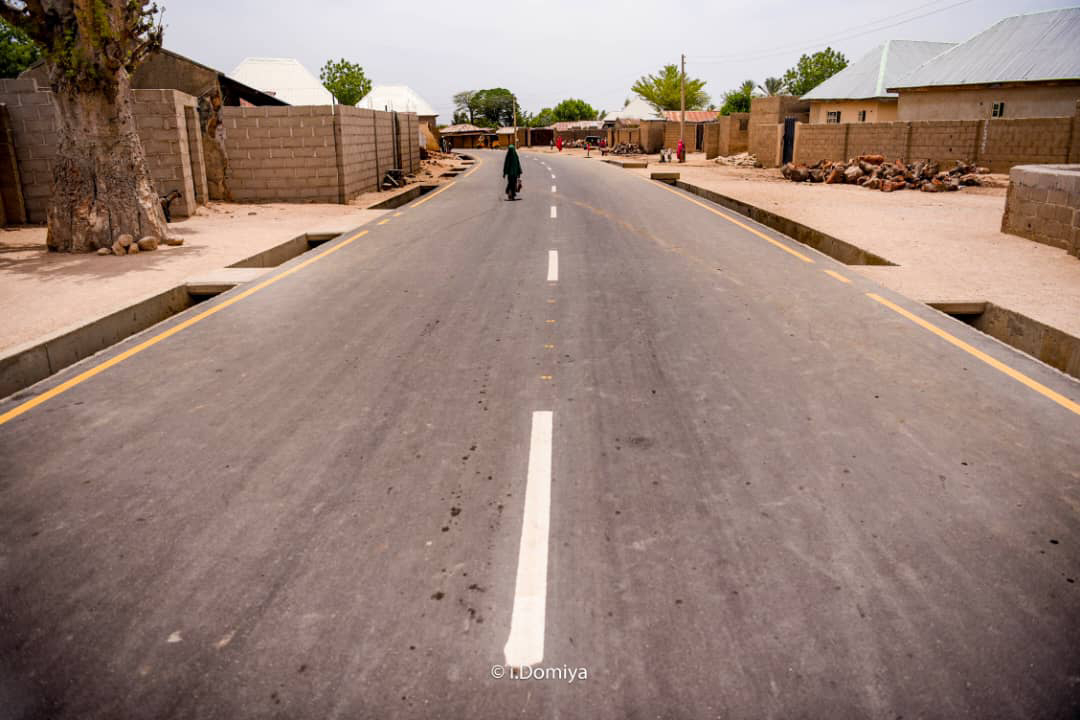 He added that in line with his administration’s eleven Point Agenda, government has been able to achieve so much with prudent management of scarce resources and strategic demand for value on each dime of the State that spend.
He acknowledged Messrs Triacta Nigeria PLC for delivering the project according to specification and meeting up with the schedule even before time and appreciates Senator Bala Mohammed, Kauran Bauchi, for honouring his invitation to commission the projects.
Governor Umaru Fintiri has also during the occasion flagged off the poverty alleviation programme which targets a total of 1,320 vulnerable rural women in Madagali Local Government.
According to the Governor, with support from UNDP, giving a cash grant of N50,000 to each woman will cushion the economic hardship, provide a start-up for petty trading and improve on individual household’s income for the vulnerable people.
Earlier in his welcome address, the commissioner of Works and Energy, Alhaji Adamu Atiku Abubakar noted that the standard of the road projects will span the life of time and open up businesses that will further drive-in investment into the area.
He commended Governor Umaru Fintiri for actualising the roads which according to him will make life meaningful to the people and lauded the michika community for being supportive to the contractors during the construction process.
00:37
Adamawa Daily Reports
update
Email ThisBlogThis!Share to TwitterShare to Facebook