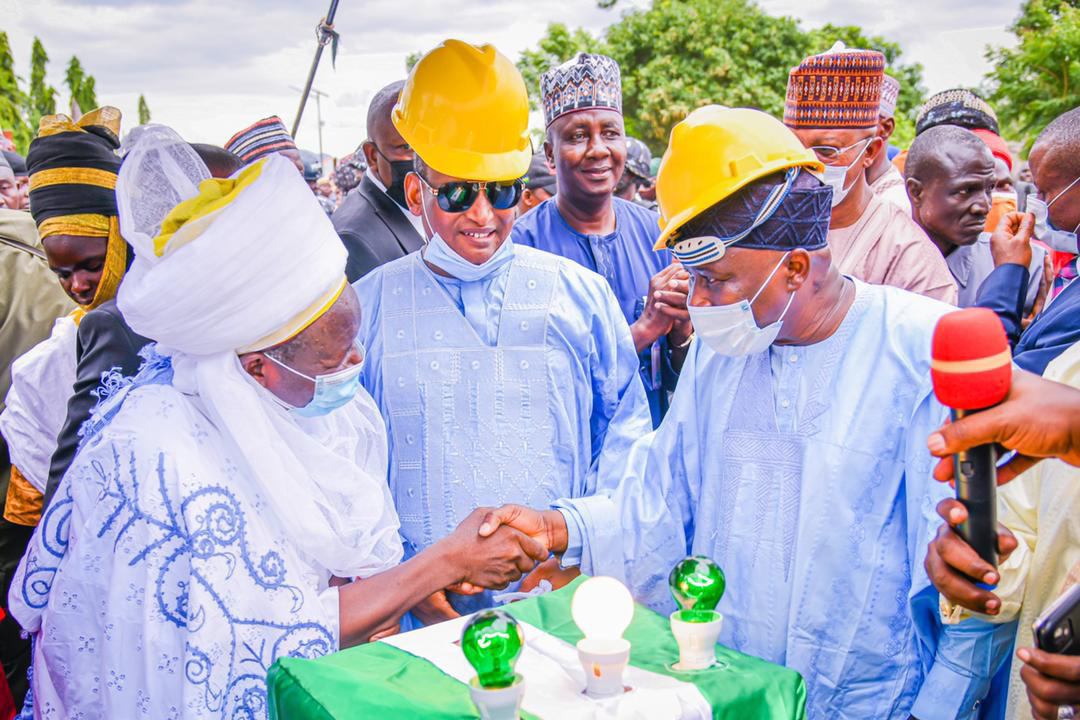 By Barnabas Augustine & Murna Panya
21/5/2021
Governor Ahmadu Umaru Fintiri of Adamawa state  has made a history by completing Toungo Local Government Area electrification project and connect it to the national grid.
Toungo LGA which was created in 1996 by the defunct military administration is the only Local Government headquarters in Adamawa state that was not connected to the national grid. 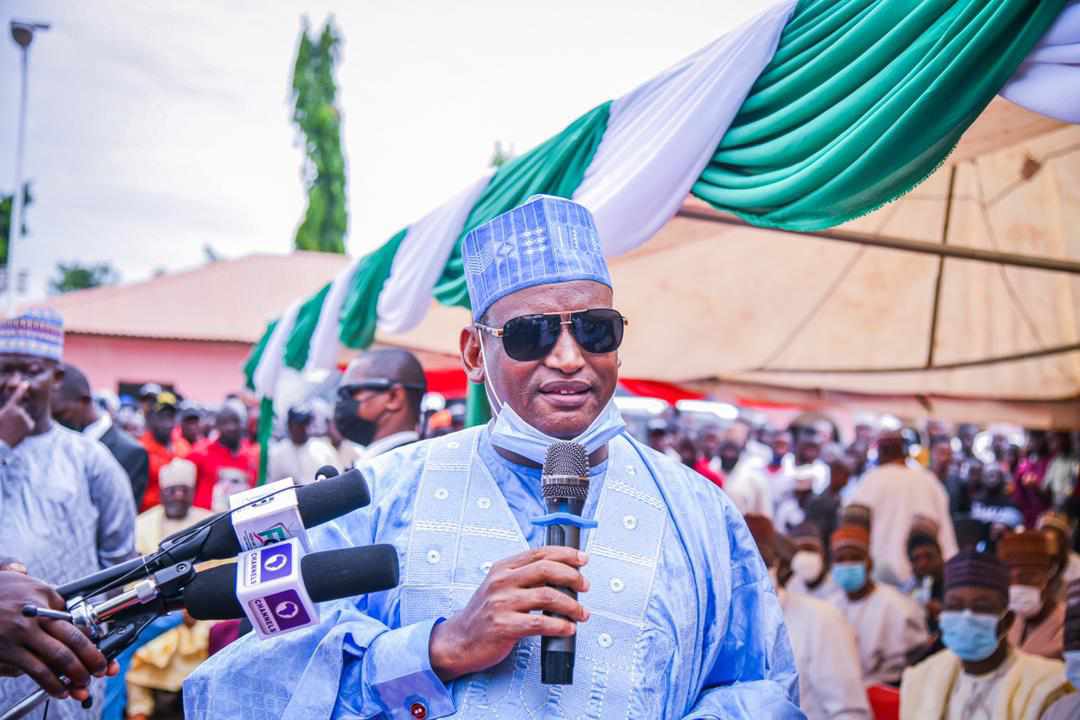 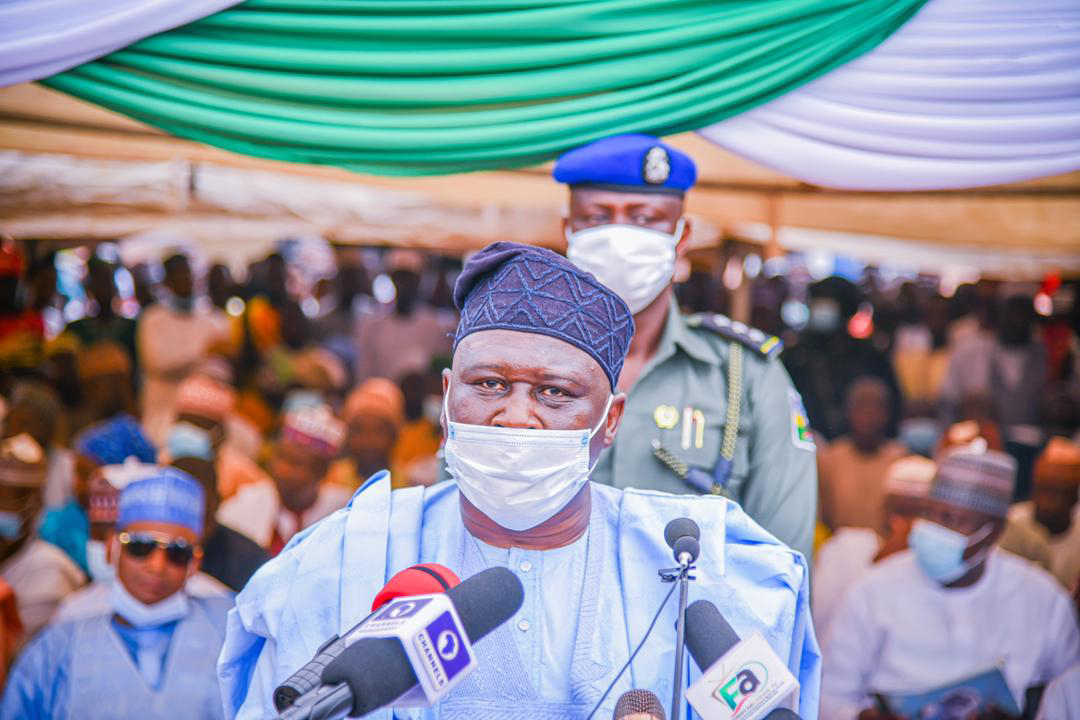 Delivering his speech, Governor Ahmadu Umaru Fintiri said that connecting Toungo to the national grid by his administration was a fulfilment of the campaign promise he made to the people.
The Governor said he can now have a sound sleep having fulfilled the promise made to the people.
“I can conveniently go home and have a sound sleep that God in his infinite mercies has made me to deliver on this one. You can understand with me when I say “my joy knows no bounds” Governor Fintiri said.
While congratulating the peoplasof Toungo for connecting them to the national grid, Governor Fintiri noted that “the Toungo electricity project has lingered on for too long to the point of a collective embarrassment.  At last there is light in Toungo. You can breathe a sigh of relief amidst the understanding that politicians aren’t after all, “all the same”. 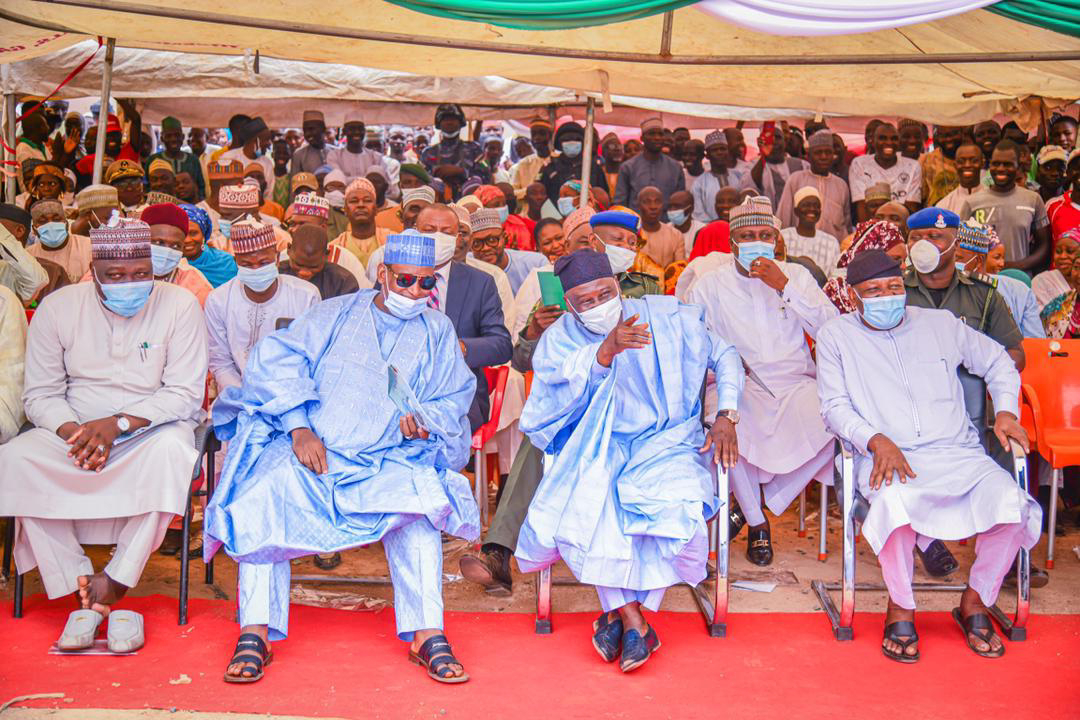 According to Governor Fintiri due to the nature of the project, it was phased into two parts, with the first part spans from Ganye to Toungo while the second part is the one from Toungo to Kirri. Adding, the first phase of the electrification project that was commissioned, is a 33Kv main line from the Ganye Tee junction to Toungo and linked to the YEDC main Station with 11Kv Low Tension in Gamu and installed Transformers and LT distribution Lines in both Gamu and Toungo.  While the second phase of the project which takes the line from Toungo to Kirri has already seen 90% poles erection is still a work in progress and hope to commission it soon.
He disclosed that his administration is making effort in stabilizing electricity in the state to boost economic activities.
“As an administration, we are mindful of the role stable power supply plays in energizing and stimulating an economy.
This informs our commitment to supporting all the agencies in the transmission and distribution business to ensure steady and stable power supply in the State”, Governor Fintiri said.
“We are committed to securing at the minimum, an average of 80 – 90 megawatts a day for the State. This will translate to having about 18 -24 hours of electricity supply a day for our people.
“It will power the economy and provide the necessary incentives to our citizens who are skilled to pick up primary trades and crafts which will drastically suck away the army of young people who are chasing shadows of unavailable jobs or involving in non-productive or anti-social activities in the society.  For the State, this is the fastest growth drivers in industrial expansion and a catalyst for employment generation”.
The Honourable Speaker Adamawa State House of Assembly, Rt Hon Iya Abbas thanked Governor Fintiri for connecting the LGA to the national grid. He disclosed that the House will continue to support Governor Fintiri led administration to provide people oriented programmes.
In his goodwill message, the chairman Toungo LGA Hon. Kefas Calvin thanked Governor Ahmadu Umaru Fintiri for connecting Toungo to the national grid. According to him Governor Fintiri has successfully executed the yearning and aspiration of People of Toungo LGA.
Meanwhile, Senator Bello Tukur has also commissioned rural access road of Toungo to Kirri,  spanning about 12 km. It was part of the 347km of rural roads constructed by Governor Fintiri administration across the State. 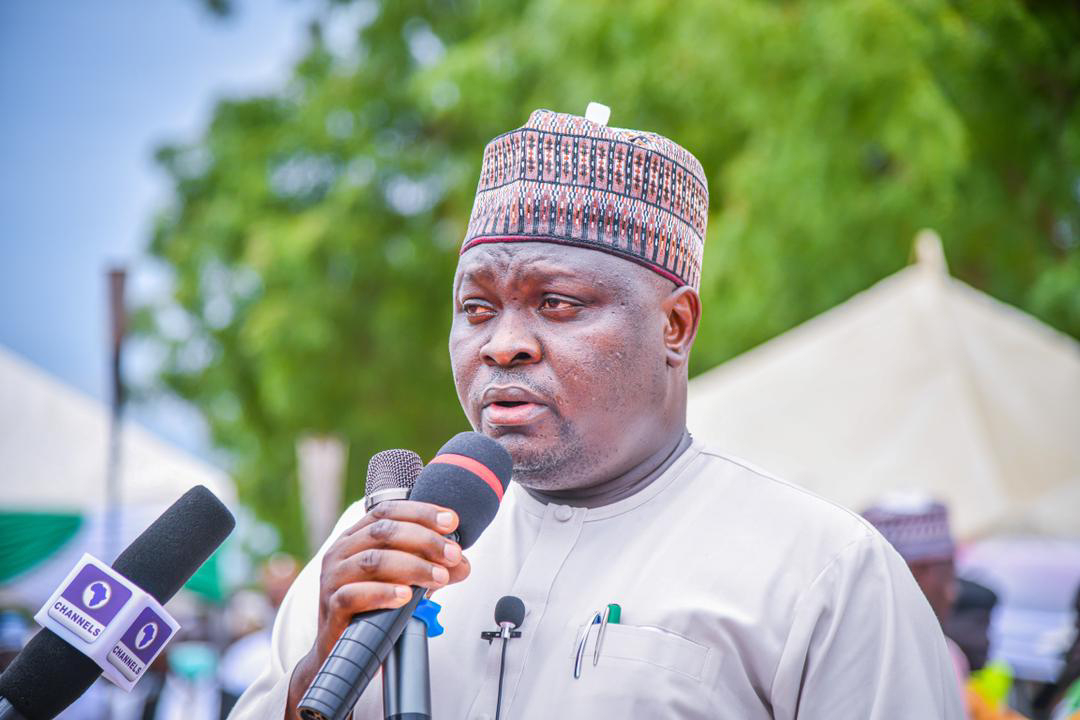 In his remark, the Hon Commissioner Ministry For Rural Infrastructure and Community Development Alhaji Abdullahi Prambe urged the people of Toungo to take full responsibility of protecting the facility. The Hon Chairman of Toungo also in his vote of thanks thanked the Governor for fulfilling his campaign promise to Toungo people.
13:11
Adamawa Daily Reports
News
Email ThisBlogThis!Share to TwitterShare to Facebook