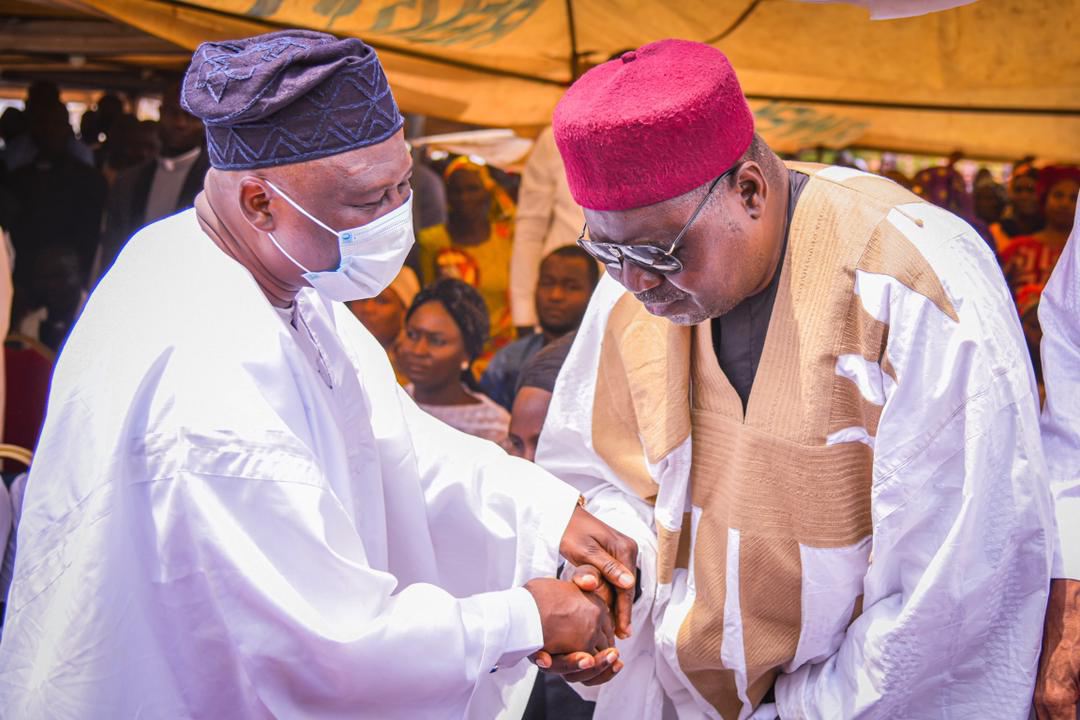 By Barnabas Augustine
22/5/2021
Adamawa State Governor, Rt. Honourable Ahmadu Umadu Fintiri has condoled the people Mbula Kingdom over the death of Murum Mbula, His Royal Majesty late Murum Jorom Joel Fwa.
Born on 20th July 1939 and died on 16 May 2021 at the age 81, late Murum J. J. Fwa was the tenth Murum Mbula installed in 1995 and elevated to First Class monarch in April, 2006.
Condoling the people of Mbula Kingdom on Saturday on behalf of the Adamawa State government at the funeral service of late Murum Mbula at Mbula in Demsa LG, Governor Fintiri described the late monarch as a humble king who carried everyone in his kingdom.
The Governor maintained that the late monarch will continued to be remembered for his love of peace in his domain, while praying God to give the late monarch rest in perpetuity and give his family and their entire mourners the fortitude to bear the irreparable loss.
Governor Fintiri assured the people of Mbula Kingdom that his government will not interfere with the selection process of the new Murum Mbula. He said who ever the people of Mbula Kingdom selected through the kingmakers to be their new Murum Mbula, he will grant their wish.
Governor Fintiri called on the King Makers of Mbula Kingdom to desist from any act that will not lead to transparent selection of their new monarch as his government will respect all the culture and tradition of Mbula Kingdom.
In his sermon at the funeral service, the presiding minister, the Archbishop Lutheran Church of Christ in Nigeria LCCN and President Lutheran World Federation, Most Rev. Musa Panti Filibus who read from the book of St. John chapter ten enjoined Christians to be good shepherds here on earth as commanded by Jesus Christ.
He said late Murum Mbula was a dedicated member of the LCCN who contributed in stabilization of the church.  The Archbishop said late Murum Mbula J. J. Fwa has exhibited an exemplary life that is worthy to be emulated.
The funeral and burial service was attended by top government officials, traditional rulers in Adamawa and neighbouring states as well as mourners and sympathisers across the state.
14:00
Adamawa Daily Reports
News
Email ThisBlogThis!Share to TwitterShare to Facebook