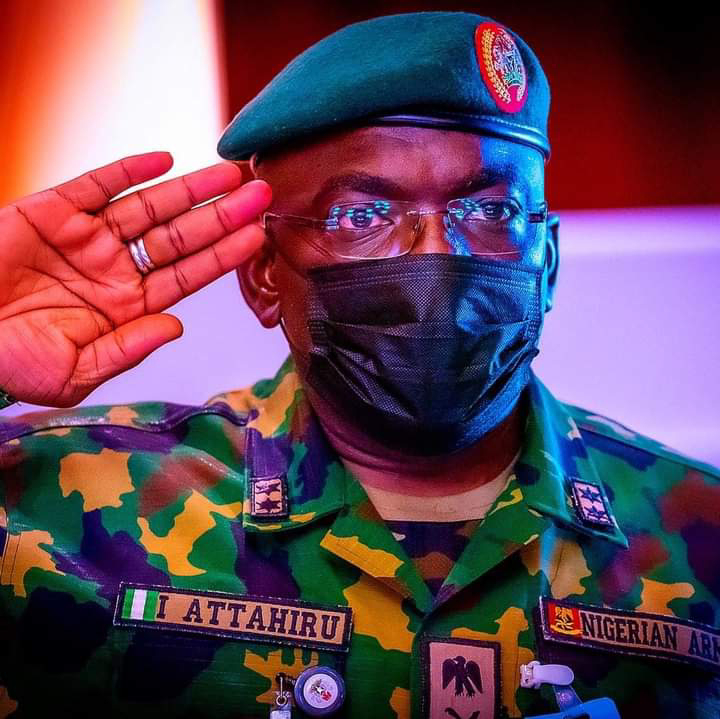 By Barnabas Augustine
22/5/2021
Adamawa State Governor, Rt. Hon. Ahmadu Umaru Fintiri has described as shocking and painful the demise of the Chief of Army Staff (COAS), Lieutenant General Ibrahim Attahiru.
In a press statement signed by Governor Ahmadu Umaru Fintiri’s Press Secretary Humwashi Wonosikou said the unfortunate incident has denied the nation of the contributions of one of Nigeria's finest officer who was determined to change narratives in the battle against the myriad security challenges facing Nigeria.
According to the Press Secretary, Governor Fintiri said:
"I join the President and Commander in Chief as he leads the Country in mourning 11 active and finest Officers killed in a plane crash in Kaduna. Nigeria will never forget your services and always honour them".
The Statement read in parts:
“Rt. Hon Ahmadu Umaru Fintiri regretted that the trip which was supposed to be a Military assignment claimed the lives of the Officers.
"These Soldiers who have given their lives in service  to protect the nation were taken far too soon. Their memory would endure through the life of our Nation.
“Governor Fintiri said, "It was love for Country that inspired these fallen heroes to put on the uniform and join the greatest Army Africa has ever known.
“While also condoling the Nigerian Army and families of the deceased Officers, Governor Fintiri noted that they died in active service paying the supreme sacrifice for the unity of Nigeria.
“The Governor urged the families of the departed to take solace in God and bear the irreparable loss knowing that their loved ones died for a good cause”.
14:08
Adamawa Daily Reports
News
Email ThisBlogThis!Share to TwitterShare to Facebook