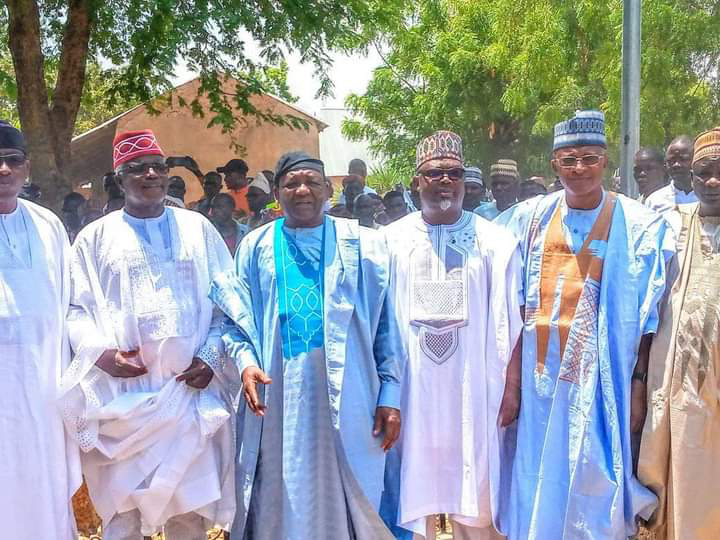 By: Yusuf Umar
Governor Ahamadu Umaru Fintiri Eulogized late Baba Usman Dali Gajere Joseph, father to the former Member representing Michika-Madagali Federal Constituency Adamu Kamale.
This came to fore at the fourthy days memorial service of the deceased held in his home town Kamale of Michika Local Government, the Governor adviced on the need for all to emulate the exemplary lifestyle of the legend.
Represented by his Deputy, Chief Crowther Seth at the 40 days memorial service of late Usman Dali Gajere Joseph in Kamale community of Michika, the people's Governor described the deceased as a passionate, caring and loving father, whose words of wisdom will be greatly missed.
The Governor opined that at 95, the death of Usman Gajere calls for the celebration of a life well spent.
He maintained that the deceased was a role model, even as he challenged the immediate family and the entire Kamale community to learn from his exemplary lifestyle centred on inspiring the younger generation.
Governor Fintiri equally used the forum to encourage the entire community to stick to the words of elders, and by extension, promote their cultural heritage, reminding them that culture inculcate discipline.
Responding, Adamu Kamale, the former member representing Michika-Madagali Federal Constituency and a son to the departed icon of peace, said the 40 days memorial service is important as it marks the final rites of his father's departure.
He stressed that he will live to remember his late father for his love and care which made him who he is today, adding that his father lived a life full of history.
Late Usman Dali Gajere Joseph is survived by 12 children and 40 grand children.
Cultural troops also displayed their talents to the admiration of guests.
01:15
Adamawa Daily Reports
News
Email ThisBlogThis!Share to TwitterShare to Facebook