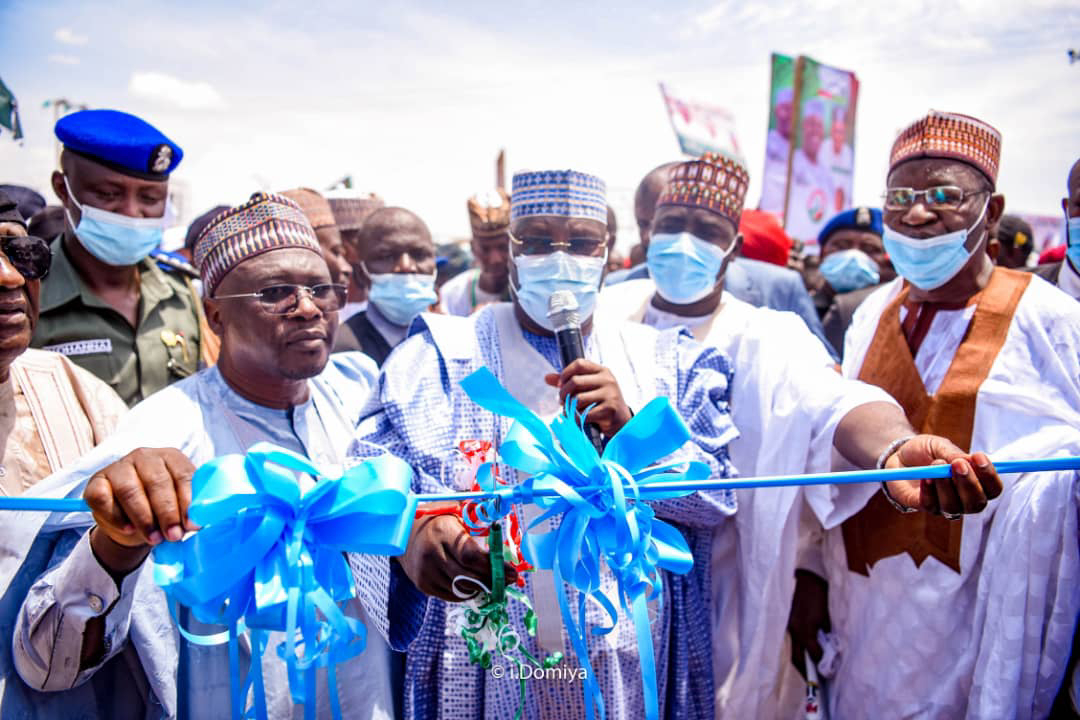 By Barnabas Augustine
29/5/2021
At the grant finale of the two weeks long commissioning of projects to mark two years in office of Governor Ahmadu Umaru Fintiri, the former Vice President of Federal Republic of Nigeria, Alh. Atiku Abubakar has commissioned first overhead bridge constructed in the North East of Nigeria in Yola, the State capital of Adamawa. 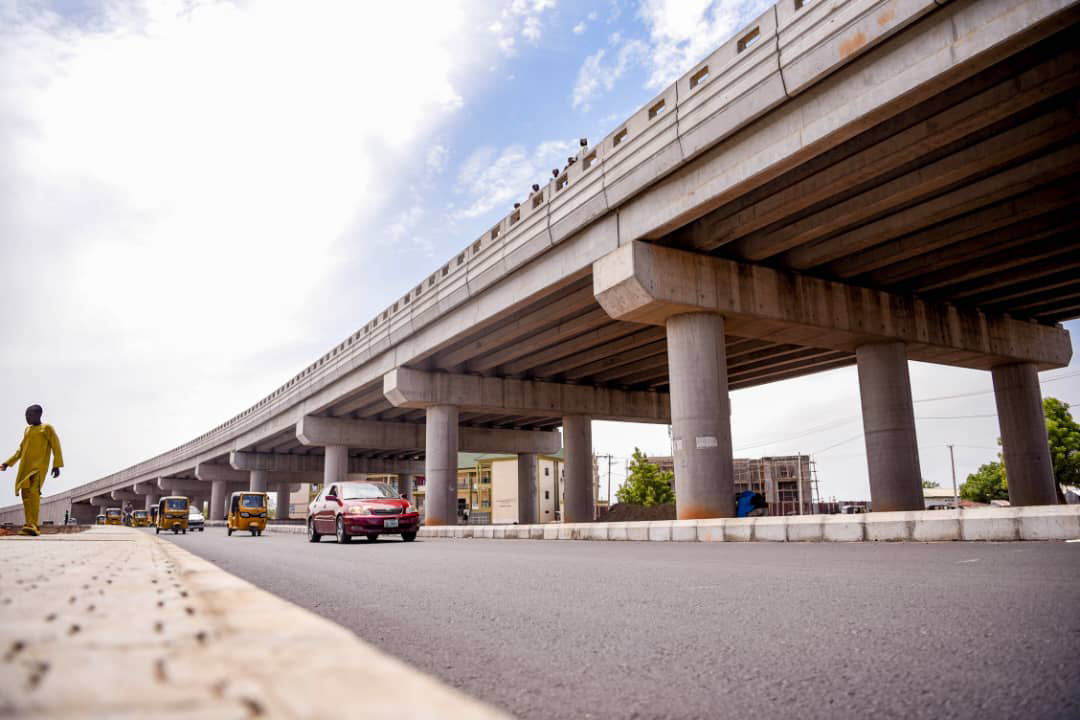 The overhead bridge which was constructed by Governor Ahmadu Umaru Fintiri led administration was constructed at the popular total junction in Jimeta. The project was in line with the philosophy of Governor Fintiri led administration of “No one is left behind and nothing is left untouched”.
While Making his remark at the event, the Former Vice President, Alhaji Abubakar congratulated the people of Adamawa for having an overhead bridge that will not only improve traffic in the metropolitan, but add more beauty to the state capital.
The former Vice President applauded Governor Umaru Finiri for executing a gigantic project despite lean resources the state has, in the midst of competing demand in the state. And, disclosed that history will always remember the achievements Governor Fintiri recorded in the state.
In his speech, the Governor of Adamawa State, Rt. Hon. Ahmadu Umaru Fintiri explained that the project commissioned include the overhead bridge and approach road expansion which has the bridge and expansion of the approach roads to 8 lane dual carriage from the popular Maidoki Roundabout to the Bishop street junction.
According to Governor Fintiri, the project was awarded with a timeline of 12 months to Messrs Triacta Nigeria Limited but the contractors  completed it in 9 Months.  Adding, it is perhaps, the fastest delivered project of its kind in this part of the world.
Governor Fintiri said the overhead bridge commissioned has silent his critics.
“To those skeptics who believe in its impossibility, I make bold to say, the fact that you had the chance to do it; and wasted the ingenuity and the courage to do it does not make it an impossibility” Governor Fintiri said.
“And to those who think we are raising the bar; and scuttling their hallucinating ambitions, I want to counsel that some jobs are best reserved for MEN”.
Governor Fintiri disclosed that the importance of the overhead bridge cannot be over emphasize.
“The significance of a project of this nature in the heart of a city like Yola, cannot be overemphasized. When it became evident that the project was coming into fruition, pessimists changed their message of campaign of calumny to “it is not a priority now, because the traffic situation in Yola is not yet as overbearing as to warrant the necessity for an overhead bridge” Governor Fintiri revealed.
“And I ask; what is a priority? If not now then, when? If not done by us, then who? We may choosen to shy away, as it was done in the past, from the fact that we are not far from the kind of chaotic traffic situations that is obtained in other cities in a few years from now; But we cannot deny the significance of being proactive to the fact that it is a reality waiting to happen.
“We must not wait until the population bursts to the level of disorder and our roads are taken over by gridlocks.  It is equally cheaper to do this now since it is inevitable in the nearest future, than wait for that time when we may not have the required resources to do so. For me and my team, this is perhaps, the only time, we have to get it done. The people of Adamawa State have entrusted me with a 4-year mandate”.
Governor Ahmadu  Umaru Fintiri has assured that his administration will sustained the tempo it takes in execution of projects in the state.
“ We hope to sustain this campaign at this pace or even at a more speedy stride, until all our urban centers and semi-urban centers wear a befitting look not only for aesthetics but for the comfort and convenience of our teaming populace and visiting investors” Governor Fintiri assured.
“The plan is a carefully crafted policy which aims to raise the standard of our State capital to attract investors to the State and equally to improve the infrastructural status of our semi-urban centers”.
Governor Fintiri revealed that the name of the first Overhead Bridge in Jimeta-Yola shall be Lamido Aliyu Musdafa Bridge who was the late 11th Lamido Fombina, a pillar and an embodiment of peace and development in the State and the Nation at large.
19:15
Adamawa Daily Reports
news update
Email ThisBlogThis!Share to TwitterShare to Facebook