Home » News » NEWS:Gov. Fintiri Describes the Lakaune Festival in Njoboliyo Community as the Best of its Kind.

NEWS:Gov. Fintiri Describes the Lakaune Festival in Njoboliyo Community as the Best of its Kind. 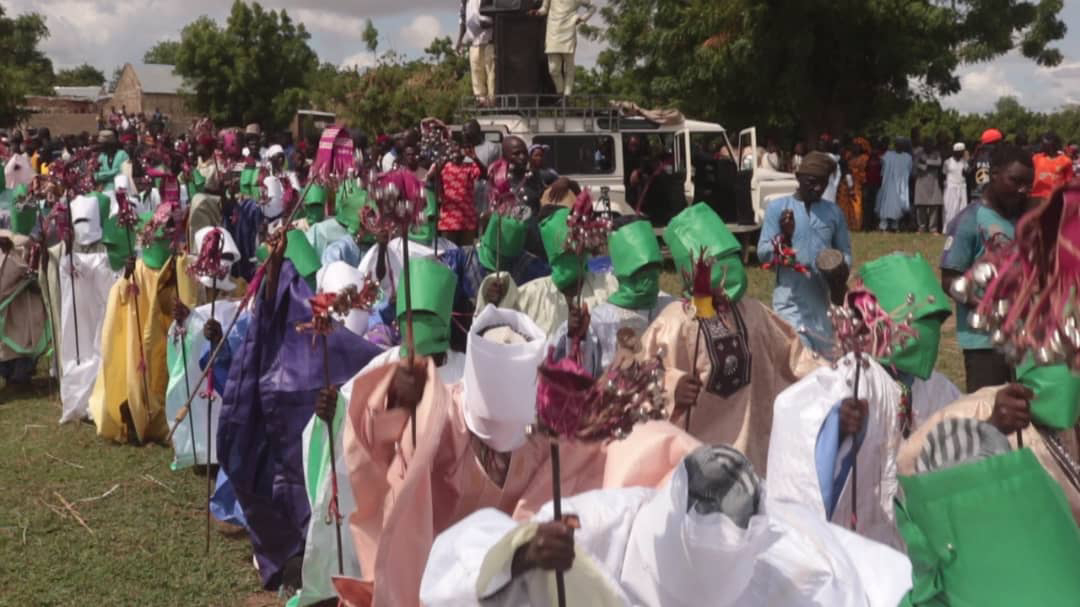 By:Yusuf Umar
Governor Ahmadu Umaru Fintiri has described the Lakaune Festival in Njoboliyo community as the best of its kind considering the display of rich cultural heritage of the bwatiye people.
He congratulated the Bwatiye nation for hosting such a historic event, urging them not to rest on their oars in teaching the younger generation about their culture
The cultural fiesta by Bwatiye community called "Ngra Lakiye" marks the end of children initiation in to manhood and is expected to attract Bwatiye communities of Adamawa, Nigeria, including Cameroun Republic.
Male children of different age groups are usually taken to the bush and circumcised.
After healing from their wounds, they are then kept for months under the guidance of some elders. The essence of keeping them for such a period is to be trained on a number of skills, behaviors and attitudes.
The projects master, Governor, Ahmadu Umaru Fintiri, represented by his Deputy, Chief Crowther Seth said he prioritize such cultural gathering as it reminds him of his background.
The achiever who many described as a game changer lauded Bwatiye people for holding on to their tradition, encouraging them to sustain the tempo, stressing that their culture is their identity. 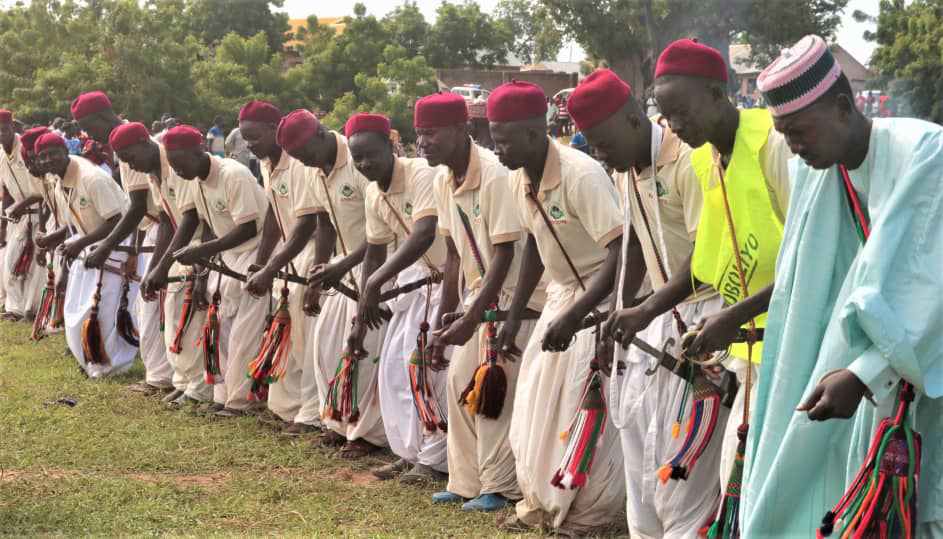 Having said that the practice is also an opportunity for the younger generation to be taught about their cultural heritage, preserve and showcase it to the world, Governor Fintiri sued for unity and peaceful co-existence for desired change and development.
The chairman planning committee of the 2021 Ngra Lakiye Njoboliyo Jethro Lamiri said the festival marks the rich cultural display of the bwatiye race.
He commended the contributions of Governor Ahmadu Umaru Fintiri, Bwatiye communities across Adamawa and beyond which made this year's  festival a success.
The culture dates back to precolonial era, that is, before the coming of Western education and covers areas such as: Fishing, hunting, farming, wrestling, Bwatiye history, weaving of mats, discipline, calculation, hunger and thirst discipline, endurance of hard situations in general, respect for elders, Bwatiye songs and dances, fork tales to teach morals, bravery and many other things.
15:39
Adamawa Daily Reports
News
Email ThisBlogThis!Share to TwitterShare to Facebook