Home » News » NEWS:Gov. Fintiri describs Death as Inevitable, hence the need for Christian's to shun Evil deeds and Return back to God.

NEWS:Gov. Fintiri describs Death as Inevitable, hence the need for Christian's to shun Evil deeds and Return back to God. 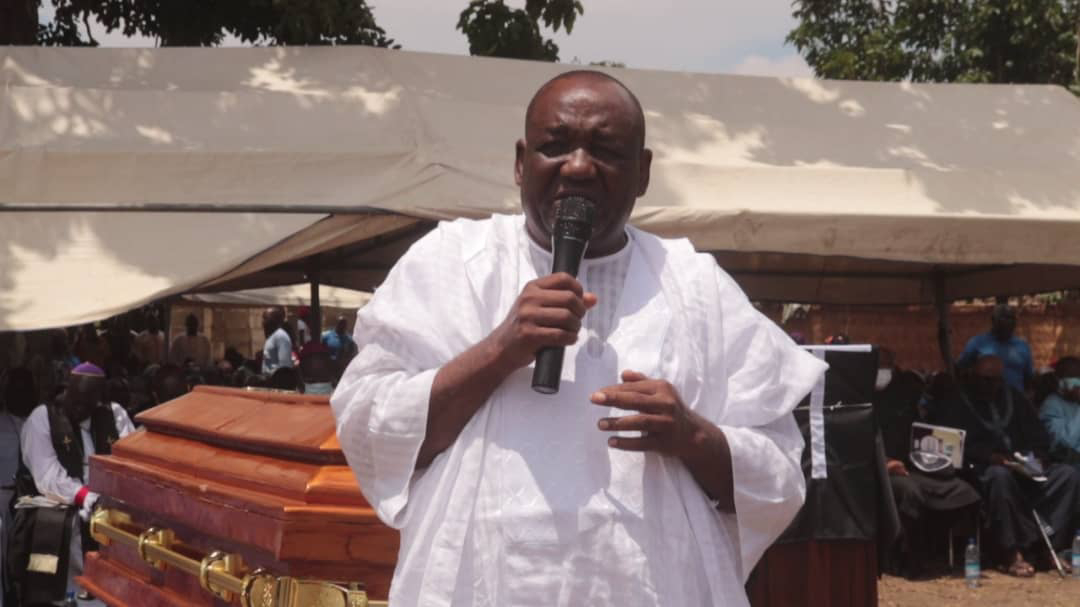 By: Yusuf Umar
Governor Ahmadu Umaru Fintiri at the funeral service of late Baba Filibus Kpanti, the father to the Arch Bishop of LCCN and the President, Lutheran World Federation, Most Reverend Musa Panti Filibus.
Speaking through his Deputy, Chief Crowther Seth at a funeral service of late Baba Filibus Kpanti at his home town Yolde Gubudo community of Mayo-Belwa Local Government, the Governor described his demise as a great loss to the Government and the entire people of Adamawa.
He 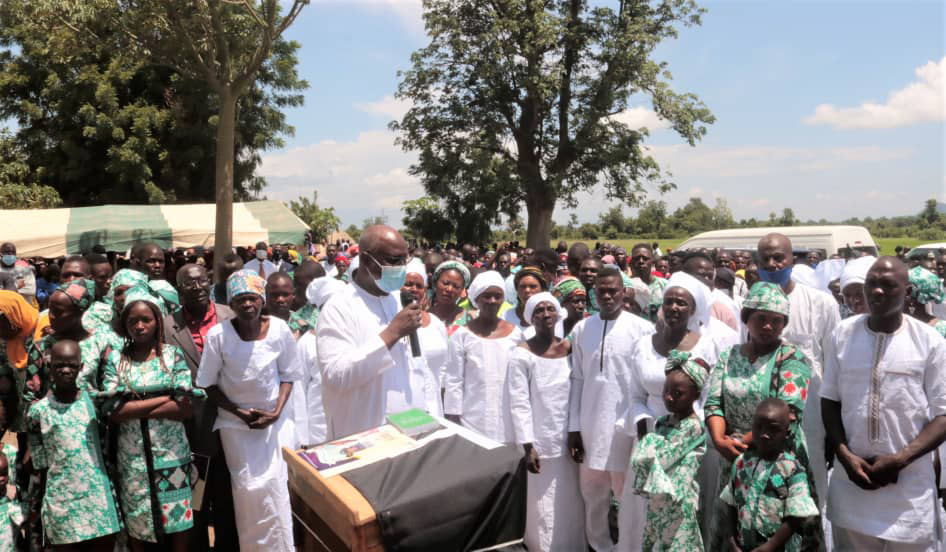 regretted that his wealth of experience and words of wisdom will be greatly missed, even as he adviced the bereaved family to stick to the good moral lessons of their late father.
The Governor prayed God to grant the deceased eternal rest and the family, fortitude to bear the great loss.
The number one citizen further cautioned Christians against momurring, gossipping, backbiting and any form of differences, but remain as one indivisible family, reminding them that the body of Christ is one.
Right Reverend Bello Danlami in a sermon encouraged the living to seek forgiveness from their shortcomings, for no one knows the day no the hour of his or her death.
The Chief mourner, Most Reverend Musa Panti Filibus thanked the Government of Adamawa, Yolde Gubudo and Mayo Belwa communities as well as the entire people of the State for the show of togetherness in their moment of grief.
Born in Nineteen Eleven  1911 and died in Twenty Twenty One 2021 at Hundred and Ten  years, late Baba Filibus Kpanti is survived by Nineteen children, Thirty One grand children and Forty One  great grand children.
15:44
Adamawa Daily Reports
News
Email ThisBlogThis!Share to TwitterShare to Facebook