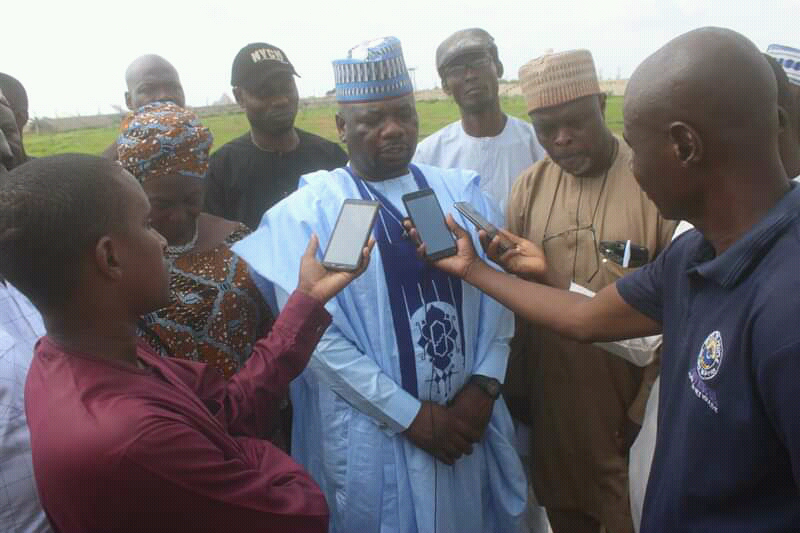 By Faluma Vanco
Bearly a week after the swapping of some Honourable Commissioners into various Ministries,  the Hon. Commissioner for Youth and Sports Hon. Aloysious A Babadoke assumed office full of high spirit for revamping the Ministry.
The Hon Commissioner  visited the incomplete and abandoned stadium complex along Numan road. Babadoke was really concerned on how Adamawa State Youth have been lacking behind because of the lack of stadium and how much money has been spent for Adamawa United players  to play outside the State.
He added that it is not a thing of joy for the State and Sports participant , adding that  Fintiri led administation will surely work for better sporting building. Babadoke promised that the stadium will soon be constucted by this adminstration.
Hon. Babadoke also  visited Adamawa Sports Council which has been negleted by the  past Government during the Jimeta division bomblast that led  most of the staff  without an office.  He felt  bad with the situation and promise that all will be fix in due time .
On the other hand, the Executive Director Sports Council  appreciated the Hon. Commissioner and prayed for more grace .
20:49
Adamawa Daily Reports
Special Report
Email ThisBlogThis!Share to TwitterShare to Facebook