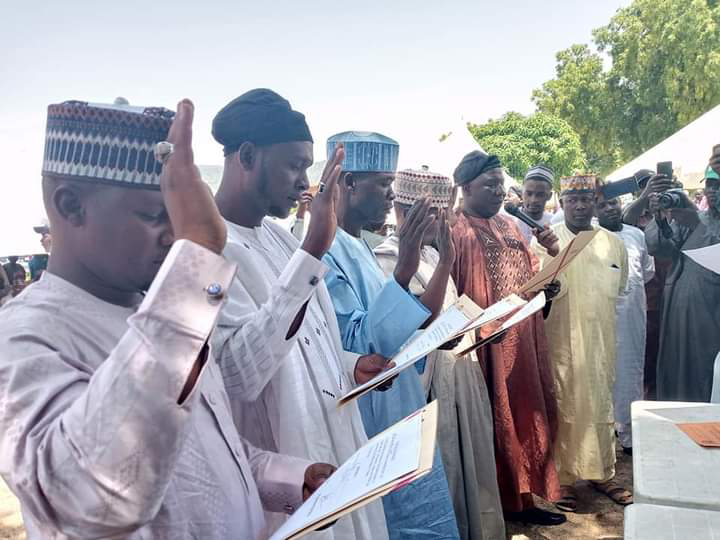 By Catherine Philip Jelani
Hon Jingi Rufai Kwaja, the Executive Chairman, Mubi South LGA as well as the Adamawa State ALGON Chairman who is also the National ALGON Welfare Secretary,  has today being the 2nd of July, 2021 Swore-in Five Supervisory Councilors In Mubi South Local Government.
In his remarks, Hon. Jingi said, the new Cabinet has a great role to play as the people of the Area have higher expectations of them. 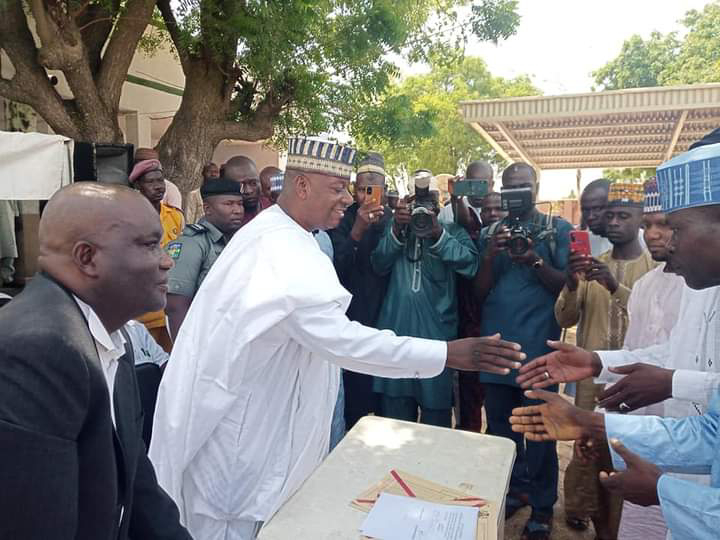 "We will ensure that we work together as a team in order to achieve the objectives set aside by the administration", he said.
Hon. Jingi started that he has consulted critical stakeholders at various Wards prior to their selection and each stakeholder has confidence that the councilors will deliver their mandates.
The Executive Chairman emphasized that their responsibilities  are enormous and that they are expected to work in accordance to the rules of the engagement which includes; honesty, dedication and sacrifice to the people of Mubi South as well as the PDP Government.
"Our Policy Thrust is "Development For All" and as such is expected of you at this critical time. I admonish you to liase with relevant stakeholders in enthroning the singular task of your responsibilities for the betterment of our electorates" said Hon. Jingi.
Below is the list of the new Councilors and their portfolios;
1. Hon. Sa'ad Muhammad (Modi) posted to Special Duties and General Sevices
2. Hon. Abdulmumini Ahmad (Garkuwa) posted to Health.
3. Hon Joel Simon posted to Education.
4. Hon John Musa posted to Agriculture and Not Resources
5. Hon Hamidu Jingi Adamu Posted to Works And Housing.
It could be recalled that Hon. Jingi Rufai Kwaja had sometimes in April 2021 dissolved his Cabinet.
08:27
Adamawa Daily Reports
News
Email ThisBlogThis!Share to TwitterShare to Facebook