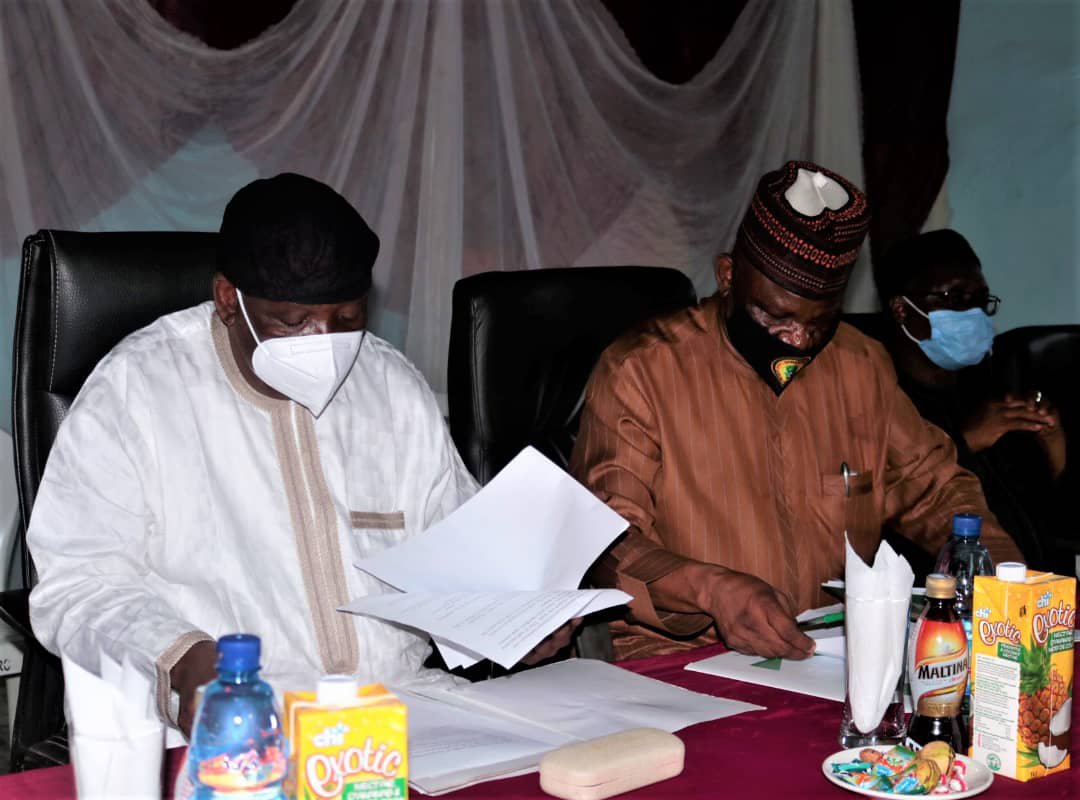 By : Yusuf Umar
Deputy Governor Chief Crowther Seth and his Gombe state counterpart Manassa Daniel Jatau  have pledged their readiness to deploy all machineries for the restoration of lasting peace and unity between Lunguda and Waja ethnic nationalities, following the recent clashes between the two communities of the neighboring states.
This formed part of the resolution reached at the Adamawa-Gombe peace meeting held at Pwanobato recreational centre Numan
Following series of clashes between Waja community of Gombe and that of Lunguda in  Adamawa States, stakeholders saw the need to come together to proffer lasting solution to the lingering crisis which has already claimed several lives and property worth millions of  naira.
This necessitated Governments of the two States to constitute standing committee on the rebirth and sustenance of peace among Lunguda and Waja communities, chaired by the Deputy Governors of Adamawa and Gombe States
During the committee's meeting, the host Deputy Governor Chief Crowther Seth said the meeting is aimed at championing a new course to avert reoccurrence of clashes between Lunguda and Waja tribes.
He described as sad the misunderstanding that led to the crisis between the warring factions, expressing the committee's determination to fashion out ways for the sustenance of peace, unity and harmony.
Chief Crowther further explained that the need to restore peace  is a task that needs to be carried out, reiterating governments resolve to ensure lasting peace in the areas and the state in general as security of lives and property of its citizens are of great importance.
Shortly after the meeting a communique was read by the Deputy Governor of Gombe State Manassa Daniel Jatau where it resolved that lasting peace should be attained and maintained by all means
The standing committee also resolved to visits the Paramount rulers of Lunguda and Waja who are expected to assemble their district heads, ward heads, religious ,youth and women leaders as well as other community leaders.
The standing committee suggested to the two state governments to critically review the reintroduction of the operations of local hunters and vigilantes to assist local communities in maintaining security after due profiling.
They called on the warring communities to bury their differences and embrace peace adding that they should not allow law and order to be distorted as a result of little misunderstanding that can be addressed amicably.
03:35
Adamawa Daily Reports
News
Email ThisBlogThis!Share to TwitterShare to Facebook