NEWS Governor AUF Sympathised With The Family of Late District Head of Gurin. 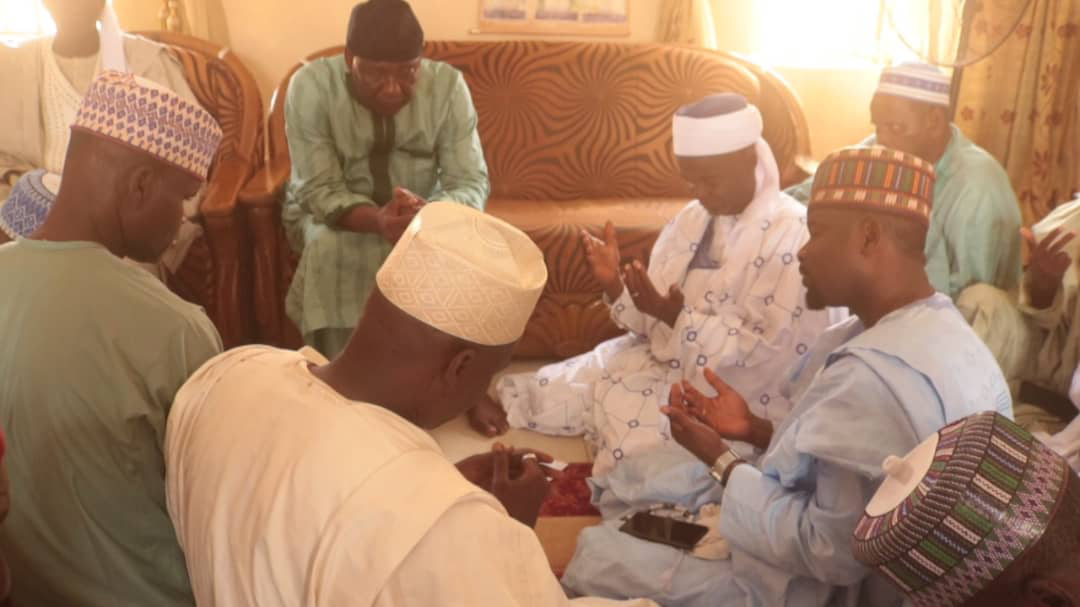 By: Yusuf Umar
Governor Ahmadu Umaru Fintiri has sympathised with the family of the late district head of Gurin Ibrahim Muhammed Yero, uncle to the executive chairman Adamawa state Muslim pilgrims welfare board Salihu Ababakar.
The Governor who was represented by his Deputy Chief Crowther Seth disclosed that the deceased has left a legacy worthy of emulation while at the family residence in Gurin Fufore local government
The Governor who described death as inevitable said the bereaved family should take solace in God who gives and takes.
He said it is appointed for every mortal to die and after death judgement, calling on the living to live a life pleasing to God for there is life after death.
Governor Ahmadu Umaru Fintiri said though painful, but encouraged the family to summon courage and bear the great loss.
The Governor re-emphasized that the district head Ibrahim Muhammed Yero passed on at a time his words of wisdom and advises are needed most.
He thereafter, prayed God to grant the deceased eternal rest.
The family appreciated Governor Fintiri and the entire people of Adamawa for being with them in their moment of grieve, noting that they live to remember such demonstration of love and togetherness.
Late Ibrahim Muhammed Yero the district head of Gurin died at the age of Eigty Saven  and he has since been buried according to Islamic rites.
14:03
Adamawa Daily Reports
News
Email ThisBlogThis!Share to TwitterShare to Facebook