Home » News » NEWS:Dumne Cottage Hospital to be Completed, Upgraded by Gov Fintiri, After Abandoned for 40 Yrs.

NEWS:Dumne Cottage Hospital to be Completed, Upgraded by Gov Fintiri, After Abandoned for 40 Yrs. 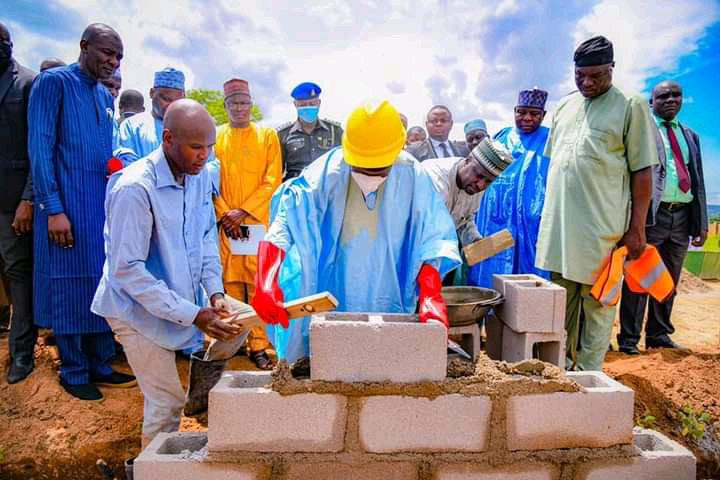 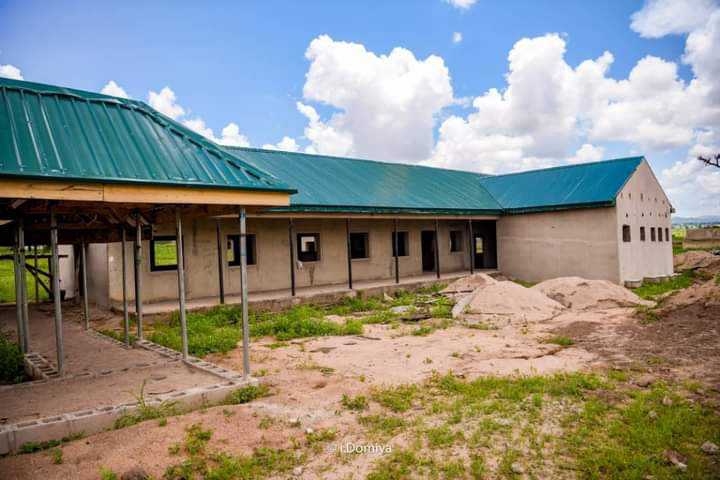 By Barnabas Augustine
24/8/2021
It was a joyful day for the people and communities of the Yungur extraction and environs as Governor Ahmadu Umaru Fintiri of Adamawa State flagged off the upgrade and completion of Dumne Cottage Hospital abandoned for over forty years.
The historic event which was held in the ancient town of Dumne, Tuesday saw the overwhelming applause from the Yungur community to Governor Fintiri’s led administration for fulfilling his campaign promises.
Delivering his speech, Governor Fintiri told the gathering that the project was abandoned for over forty years.
“This is a project that has lingered-on since the ground breaking in 1981. Living a project of this nature almost buried for 40 years is nothing short of a collective embarrassment however charitable we want to qualify it. It becomes more embarrassing when one considers the central role the project is expected to play in the lives and livelihood of our people. It is a time-tested truth that health is wealth. A healthy people, is a wealthy people” Governor Fintiri lament.
According to Governor Fintiri, his led administration is constructing seven cottage hospital across the state and in addition, upgrading all the General Hospitals in the various locations of Adamawa. Adding that this was well crafted to enable the citizenry have access to qualitative health care services.
The Governor disclosed that the Dumne Cottage Hospital is 60 capacity bed hospital and the contract was awarded to multiple contractors to ensure its timely completion, within six months.
“The Dumne Cottage Hospital is a Sixty-bed capacity project with all the trappings of a modern Secondary Health Care facility” Governor Fintiri disclosed.
“ Considering today’s economic realities, the contract for the upgrade and completion of the Dumne Cottage Hospital project is awarded at the sum of Two Hundred and Eighty Million Naira (₦280,000,000).
“We have carefully selected the contractors, five in number, to handle the project through a thorough process in line with extant procurement laws.
“To fast-track the completion period, the contract is awarded to multiple contractors to work on different segments of the project at the same time; this is to ensure timely delivery within the period of six (6) months with the right standard and quality.
“What this means is that, we are due to return to this point, by the grace of God, all things being equal, in the next Six months to commission this project to the glory of God and the use of our people”.
Governor Ahmadu Umaru Fintiri thanked the people of Dumne for massively voting for him in the 2019 general election while expressing his joy for the overwhelming support he is receiving from elected political office holders and appointees from Song LGA. He assured to deliver on the mandate which he was voted for.
He enjoined the people to come out in mass to register with the Independent National Electoral Commission in the ongoing voter registration. Saying, it is the tool the electorates will use to vote for the candidate of their choice during an election.
In his remark, the Commissioner for Health and Human Services, Prof. Abdullahi Isa said that when the project is completed will go a long way in providing secondary health care to the people of Dumne and environs while calling on the people to give maximum support to the contractors to ensure completion within the time frame.
On his part, the Federal law maker representing Song and Fufore Federal Constituency, Hon. Dr. Mustapha Saidu applauded Governor Ahmadu Umaru Fintiri for the gigantic projects his administration is executing across the state and charged him to maintain the effort.
Equally, the Chairman of Song sAlh Alh. Gidado Abdulsalam thanked Governor Fintiri for coming to rescue the health sector and fulfilling his campaign promises embedded in his 11 point agenda.
There were goodwill messages from prominent songs of the Yungur communities include: Member representing Song in the State House of Assembly Hon. Simon Isa,  the Adamawa State Head of Service Dr. Edgar Amos,  Honourable Commissioner Ministry of Rural Infrastructure and Community Development Alh. Abdullahi Prambe and a Yungur Elder Statesman Elson Awanu.
Highlight of the occasion was cultural dances from cultural troupes in Yungur land.
07:44
Adamawa Daily Reports
News
Email ThisBlogThis!Share to TwitterShare to Facebook