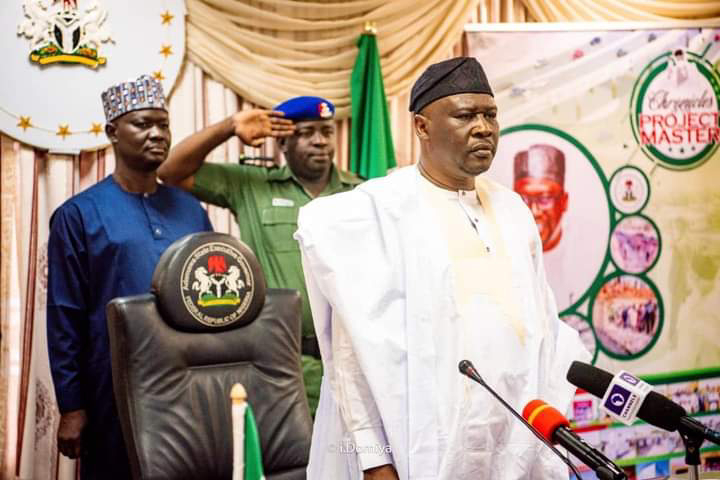 By Barnabas Augustine
25/8/2021
In its fifth meeting for the year 2021, the Adamawa State Executive Council has deliberated and approved the procurement of agricultural inputs for the rainy and dry season farming in the State.
The meeting which was presided by Adamawa State Governor, Rt. Hon. Ahmadu Umaru Fintiri on Wednesday was an effort by the State Government to supply agricultural inputs to farmers to improve crops production.
Briefing Newsmen after the meeting at the Council Chambers in Government House Yola, the Honourable Commissioner Ministry of Information and Strategy, Dr Umar Garba Pella disclosed that after the Adamawa State Executive Council deliberation and discussion, it has approved two hundred and thirty-three million, five hundred and thirty thousand, five hundred and sixty two naira fifty kobo (N233,530,562.50k) for the supply of farming inputs for the 2021/2022 farming season.
According to Dr Pella this is part of the Government commitment to the agricultural sector that is embedded in the 11 point agenda of Governor Fintiri led administration. Adding that there will not be more progress in the agricultural sector without adding more input to the farms.
He explained that the inputs are going to be sourced from the best manufacturers around the world and, sold to farmers at highly subsidized rate to cushion the economic hardship and ensure that the farmers have access to the inputs as when due.
The Commissioner of Information and Strategy revealed that the contract for the supply of the Agricultural inputs was awarded to UG Agro Technologies Ltd, while explaining that the supply of the inputs will commence immediately.
He disclosed that the inputs to be procured will include chemicals and non-chemical inputs.
Contributing, the Commissioner of Agriculture Hon. Umaru Iya Daware said Governor Fintiri has demonstrated his commitment to agricultural sector in the State by ensuring supply of the inputs. He assured that as soon as the contractor supplied the chemicals his ministry will make it available to the right farmers.
While applauding Governor Fintiri for approving the memo of the ministry for the supply of the agric inputs, Hon. Daware said that the inputs will help the farmers to boost their farming activities especially now that some parts of the state that was attacked by the insurgency are safe and, farmers have gone back to their ancestral home to continue their normal life.
The Agriculture Commissioner said that the inputs to be procured are basically made to improve the productivity of crops cultivated in the state that include rice, maize, sorghum, soya beans among others.
13:16
Adamawa Daily Reports
news:
Email ThisBlogThis!Share to TwitterShare to Facebook