Home » news: » NEWS:Adamawa to Flag Off Empowerment Programme for 131,987 Beneficiaries as Over 10,000 Starts Benefiting from the State's PAWECA Empowerment.

NEWS:Adamawa to Flag Off Empowerment Programme for 131,987 Beneficiaries as Over 10,000 Starts Benefiting from the State's PAWECA Empowerment. 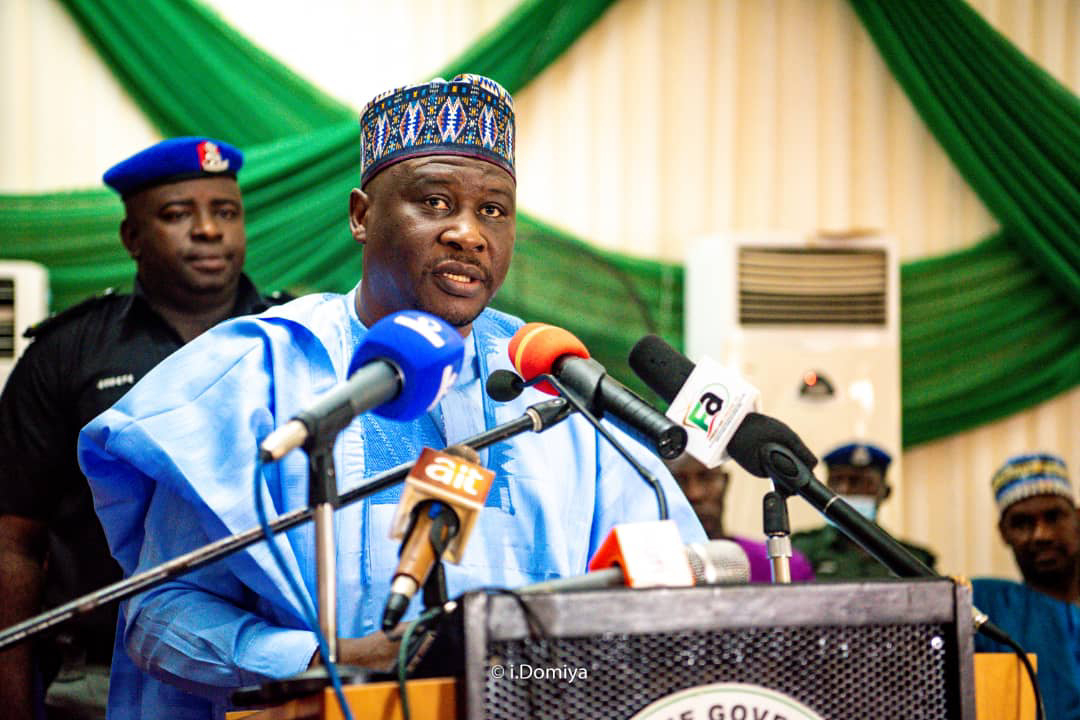 By Barnabas Augustine
14/9/2021
Governor Ahmadu Umaru Fintiri has disclosed that one hundred and thirty one thousand nine hundred and eighty seven people will benefit from a COVID-19 Action Recovery and Economic Stimus in Adamawa State.
The Governor made the revelation, Tuesday while flagging off  Adamawa Social Support Programme under the Poverty Alleviation and Wealth Creation in the Ministry of Entrepreneurship and Development for ten thousand five hundred and twenty beneficiaries across the twenty one local government areas of the state at the Banquet Hall Government House Yola. 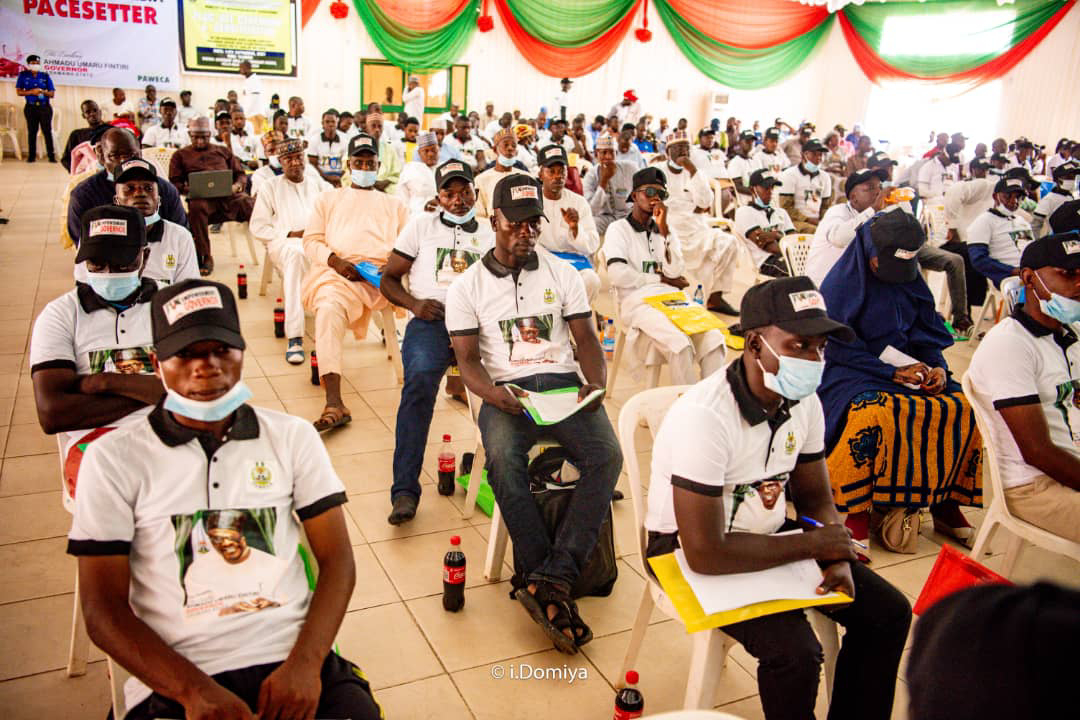 According to Governor Fintiri, by October this year the programme will be flagged off, which will be a Two Year programmr called NG-CARES.
Acording to the Governor,  the beneficiaries will include 1,950 youths who will be engaged in public works, 42,000 poor and vulnerable households will benefit from communities micro projects and 6,964 farmers will be provided with farm inputs and implements.
Others are a further 160 wet market will be upgraded where over 80,000 individuals will benefit from the market while 1,073 micro and small businesses will be supported with IT equipment for digital entrepreneurship.
While explaining the purpose of ADSSSP in the state, Governor Fintiri said that the primary objective of the programme is to promote economic empowerment, build capacity and resilience of the youth which is central to the recovery program, as his led administration vowed that no one will be left behind and nothing is left untouched.
The Governor revealed that ADSSSP is created to help in eradicating poverty in the state.
"The Adamawa State Social Support Program (ADSSSP) is a strategic “bottoms up” approach of my Administration to eradicate poverty and hunger across the land and we believed that this Social Support Program will be utilized positively to provide engaging income-generating activities that would improve security and standard of living in the state and the country as a whole" Governor Fintiri said.
Governor Fintiri urged the beneficiaries to utilize the funds given to them to boost their livelihood and businesses for better income. And, to  not make the mistake of considering the empowerment as their share of the so-called National Cake but as an opportunity to be a responsible citizens that Adamawa State will be proud of.
Earlier speaking, the head of Adamawa State Poverty Alleviation and Wealth Creation Agency (PAWECA), Haj. Aishatu Bawa Bello revealed that in March 2020, the World Bank has declared that if no serious measures have been taken, over thirty million Nigerians will be in serious poverty by 2030. She added that the MDA has also declared that 25.4% of Adamawa citizens are living above poverty line, which by implication 74.4% of the citizens are living under poverty line.
She lauded Governor Ahmadu Umaru Fintiri for coming up with the programme that is aiming at reducing poverty to minimum level.
She disclosed that as part of the poverty eradication programme, Governor Fintiri has ordered the reopening of the five vocational centres in the state.
On his part, the Commissioner Ministry of Entrepreneur and Development, Hon. Iliya James said that his ministry will ensure that the purpose of the empowerment programme is achieved.
He lauded Governor Ahmadu Umaru Fintiri for considering the youth and women in his led administration empowerment programme while noting that the projgramme will go a long way in helping the youth claim their destiny.
Speaking on behalf of the beneficies who cut across the 21 LGAs in the state, Nasiru Mohammed thanked Governor Fintiri for rekendling the hope of the youth and women to go out of poverty and hunger that is devastating the country.
13:44
Adamawa Daily Reports
news:
Email ThisBlogThis!Share to TwitterShare to Facebook