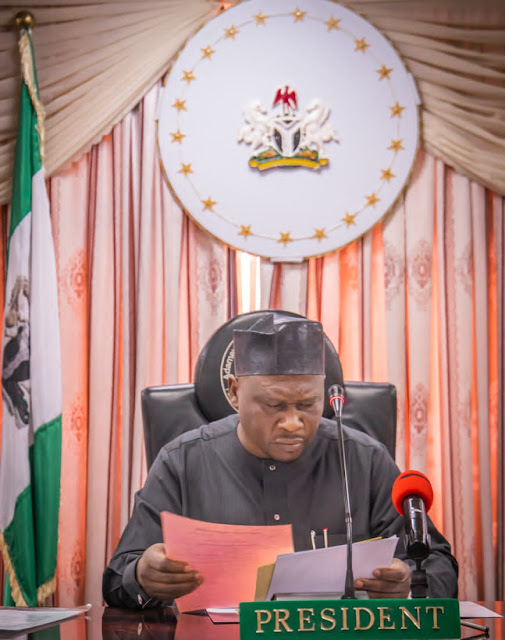 Briefing newsmen, Friday after the emergency State Executive Council Meeting presided by the state Governor, Ahmadu Umaru Fintiri at the Council Chambers, Government House Yola, the Honourable Commissioner Ministry of Information and Strategy, Dr Umar Garba Pella disclosed that the approval to that effect was to enable the state access the Federal Government bridging finance facility to cushion the effect of repayment of the FG loan and intervention facilities.

He explained that the state government like any other state in Nigeria accessed various intervention funds and loans from the FG to support budget facility and do other projects, adding that the intervention received include budget support facility, excess crude, bank loans and salary areas facility.

Dr Pella stated that while coming on board, the administration of Governor Fintiri realised that servicing these facilities received from past administrations have always being a huge  burden on the state. He said the Governors Forum has deliberated on the burdens on the states of the Federation,for approval for the 36 States to access the bridging finance. 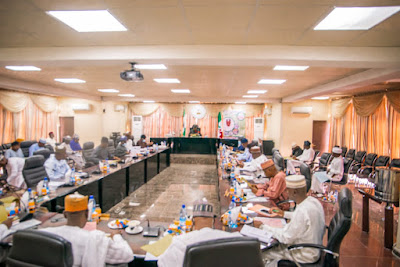 The Information and Strategy Commissioner disclosed that the state will access the bridging finance facility subject to meeting up all the conditions; part of which is the approval by the state Executive Council, before sending it to the state assembly for approval and put a formal application to FG to access the fund.

He said that the loan will be given at nine percent interest rate while stressing that Adamawa is using the opportunity to access the cheap finance at the rate which will lift up the burden on the state. Adding that most of the States have already finished processes to acquire the loan.