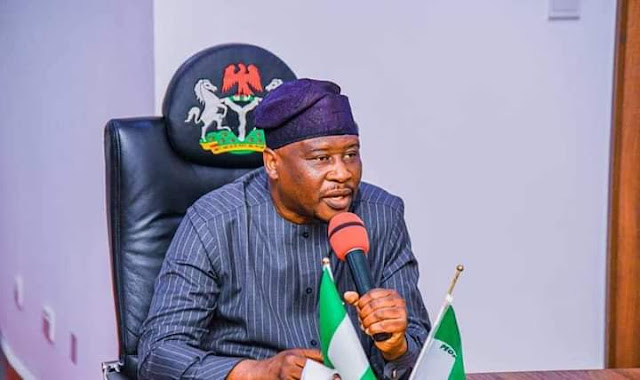 The Adamawa State Governor,, Rt. Hon. Ahmadu Umaru Fintiri has joined millions in felicitating with the Muslims on the occasion of Eid-el-Maulud, the birthday of the Holy Prophet Mohammed (PBUH).

In a press statement made available by the Press Secretary of Governor Fintiri, Mr. Humwashi Wonosikou said the Governor has admonished the Muslim Ummah to embibe the virtues of humility, sacrifice and sharing which the Holy Prophet demonstrated throughout his life and times.

The Press Secretary, quoted that Governor Fintiri said "The occasion once again  reminds us all of the virtues of Prophet Mohammed, which we should emulate in advancing love, peace and progress of the State and country".
Mr. Wonosikou when further to said that "while regretting the state of the nation as a result of the challenges facing Nigeria, Governor Fintiri noted that the virtues of service and examplary leadership as demonstrated by the Holy Prophet should guide both leaders and the led on the need to give their all in the overall interest of the nation".

Part of the statement reads:
"While wishing the Muslim Ummah a happy Maulud Nabiyya celebration, Governor Ahmadu Umaru Fintiri noted that the challenges facing the nation would better be confronted if such qualities were embibed by all.

"Governor Fintiri while also appreciating the people of Adamawa State for their continued peaceful mutual coexistence, tolerance and support to his Government and security agencies, urged the Muslim Ummah to use the occasion of the Holy Prophet's birth to reflect on the essential lessons of his life and pray for the continued well being of the State and the nation in general".