Home » News » NEWS: Adamawa State Government is Committed to Meet the Yearnings and Aspirations of the People of Njoboliyo and The Entire State.

NEWS: Adamawa State Government is Committed to Meet the Yearnings and Aspirations of the People of Njoboliyo and The Entire State. 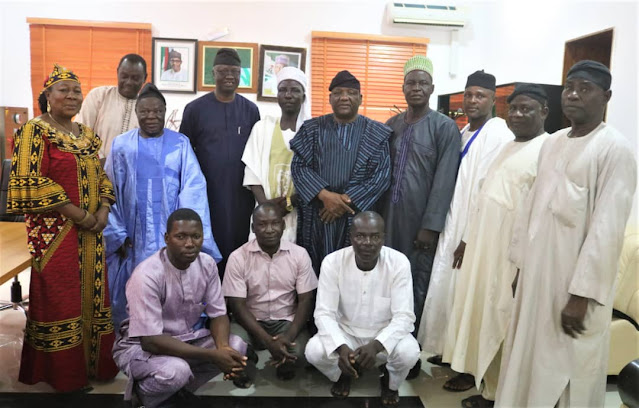 Deputy Governor, Chief Crowther Seth has pledged the present Administration's commitment to continue to give listening ears to the yearnings and aspirations of the people of Njoboliyo and the entire state irrespective of any differences.

He was speaking when he received Members of Njoboliyo Development Association on an appreciation visit at his office.


Receiving the Officials of Njoboliyo Development Association Thursday, Chief Seth appreciated them for the visit noting that it has given him a sense of belonging and also accord him the opportunity to associate with his kinsmen. 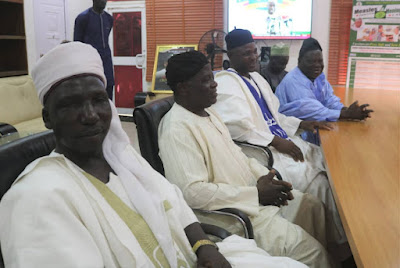 He described the people of Njoboliyo as those known for their long history of discipline, good moral values and unity of purpose, advising  them to sustain the tempo.

Deputy Governor reassured of his determination to continue with the service to humanity and also pursue for the realization of the Eleven Points Agenda of the result oriented Administration for the common good of the people of Adamawa.

The President of the Association, Augustina Sati Tadiouno and the Leader of the delegation, Hezron Audi further said their collective resolve to visit the Deputy Governor and show their appreciation is based on his enormous contributions to the success of the last Lakaune traditional festival held in Njoboliyo.

For the Village head of Njoboliyo Njome Jibrilla Gared and the Chairman, Planning committee of the last Lakaune festival Jethro Abana Lamiri, the Deputy Governor and the entire Administration of Governor Ahmadu Umaru Fintiri has continued to demonstrate the leadership qualities people of Adamawa have been yearning for, adding that they have written their names in the history book of the state.

They however, maintained that the memories of their support and contributions for the success of the festival aimed at reviving culture will remain evergreen.

While urging the present Government to sustain the accommodative spirit they have exhibited and their urban renewal projects, the elders advocated for unity among the people of Njoboliyo and the entire state, pledging their support to the Fintiri led administration to continue with the good works it has started.
12:55
Adamawa Daily Reports
News
Email ThisBlogThis!Share to TwitterShare to Facebook