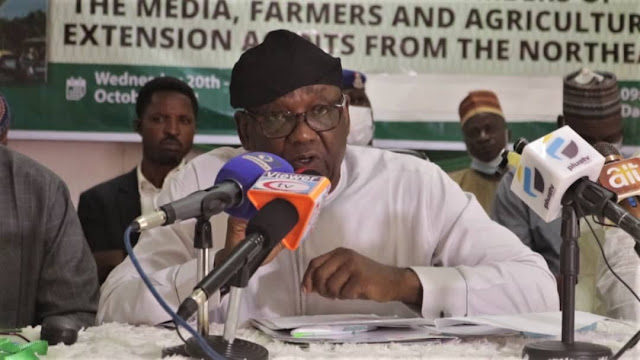 
Governor Ahmadu Umaru Fintiri has assured of his administration's readiness to key into modern biotechnology techniques among other startegies to enhance agricultural productivity thereby, upgrading the living standard of the citizens.

This came to fore  while declaring open, the two days retreat for North-East Journalists, farmers and extension agents on modern biotechnology held at the Banquet hall government house yola

The participants for the retreat organized by the national Biotechnology Development agency  and partners where drawn from the north Eastern states of Nigeria. 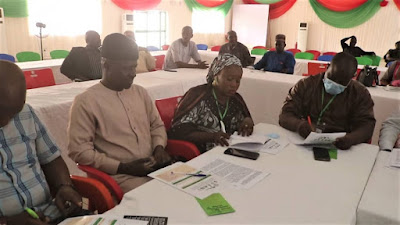 Theretreat is aimed at deliberating with the media, farmers and the extension agents on the use of modern biotechnology techniques to combat the challenges facing agricultural productivity in the zone.

Speaking through his Deputy Chief Crowther Seth, Governor Ahmadu Umaru Fintiri recognized the strategic role of the Media in information dissemination, noting that without their understanding and keying into the advocacy of the use of modern and emerging technology, Government's effort in enhancing Agricultural productivity through current technologies would not see the light of the day.

He opined that the Northeast has a very weak economic productivity base and the power house Agriculture has eroded over the past decades due to problems in the zone, especially lack of access to new technologies and inputs, resulting in high unproductivity and unemployment which in turn reduces food access and availability.

The people's Governor who described the event as timely especially now that efforts are being made to revive agricultural productivity, further stressed that Biotechnology is giving a second chance to revive Agriculture for food sufficiency. 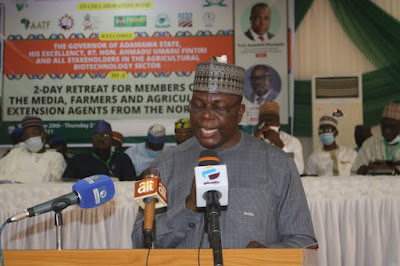 In a welcome address, the Director General and Chief Executive Officer, National Biotechnology Development Agency, Professor Abdullahi Mustapha said the gathering is the first of its kind meant to strengthen capacity in the Agricultural Biotechnology practice, advocating for a responsible technology deployment that will guarantee high yield, keep  pest and diseases away, bring about bumper harvest, increase the income of farmers and guarantee safety.

Accordingly to stakeholders, Statistics revealed that about 80 percent of the citizens of the northeastern zone are farmers, though latest statistics by the world food programme said 8.7 million people in the zone are food unsecured adding that 320,000 children are acutely malnourished.