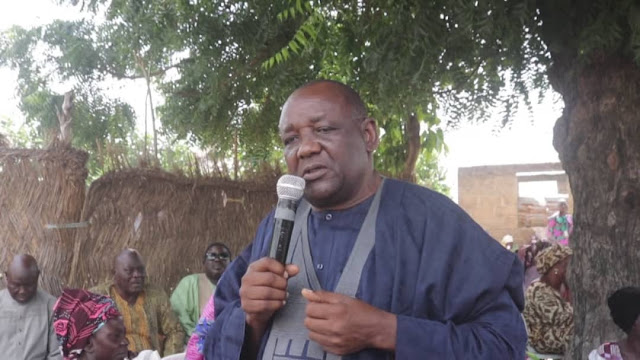 
He encouraged the Lawmaker, the immediate family and the Kodomun community to consider his demise  as  an act of God.

Represented by the Deputy Governor Chief Crowther Seth at the funeral service of Late John Raymond at Kodomun community of Demsa local Government, Governor Ahmadu Umaru Fintiri said there is time for everything as enshrined in the scriptures; a time to be born and a time to die, a time to celebrate and a time to mourn, reminding the living that every mortal must test death. He admonished the Christian faithfuls to live a life worthy of emulation, adding that without holiness no one can see the Lord.


The Governor maintained that though painful, but encouraged the family to be patient and appreciate God for the life of the deceased which was full of good memories, advising them to build on the legacies left behind. Fintiri further tasked the youths to remain desciplined and exhibit good moral values.


In a message, Pastor Philips Mana reminded christians that the wages of sin is death, but the gift of God is eternal life, hence the call on the living to abide in God and God in them.


Other sympathizers in their testimonies, said they will live to remember late John Raymond for his simplicity and humility, believing that he is resting at the bossom of God.


He is survived by a wife Sarah John Raymond, three Children, brothers, sisters and uncles.


Until his death, he resigned with the Nigerian police force and engaged into business. 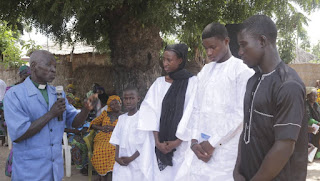