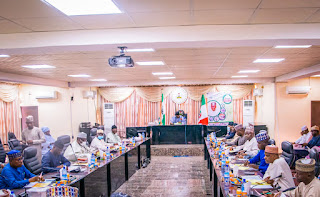 The Adamawa State Executive Council has in its eight meeting for the year 2021 approved six hundred and fifty million naira counterpart fund for the second phase road construction in the state.

Briefing Newsmen shortly after the meeting that was presided by Adamawa State Governor, Rt. Hon. Ahmadu Umaru Fintiri at the Council Chamber in Government House Yola, the Commissioner, Ministry of Information and Strategy, Dr. Umar Garba Pella said the counterpart funding for the road construction in the state will include completion of Marraba Dumne- Hombo pilot road in Song Local Government Area. 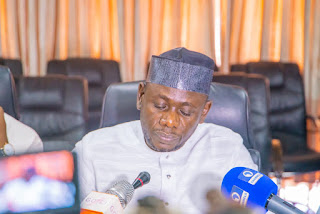 Dr. Pella disclosed that the amount will be released to the state Ministry of Rurral Infrastructure and Community Development while explaining that the state Executive Council is committed to programmes and policies that have direct bearings in the livelyhood of the citizenry.

According to Dr. Pella, the state EXCO in its deliberation, approved the contract for the supply and installation of equipment for the molecular laboratory at the Specialist Hospital, Yola. He explained that the contract was awarded to WARGY Nig. Ltd at the cost of two hundred and eighteen million, eight hundred and ten thousand, forty seven naira (N218,810,047). He said the supply of the equipment become necessary so as to have a world class laboratory in the state that will respond positively to the citizens' needs; especially diseases that has to do with infection and cholera.

The commissioner said that at the EXCO meeting, the council was briefed on the report of the state exploit in Lagos, showcasing Adamawa and creating awareness on business opportunity in agric business.

He explained that on October 8th, the State had an investors dinner in Lagos where it engaged the business community on the need to come to Adamawa and take advantage of the state agric potential. Adding that the state is first to go to capital market with agric bond and first to have investment rate in Northern Nigeria.
He stressed that the agric business will give farmers opportunity to partake while the investors make necessary investment and reap profit at the same time the volume of the transaction will improve the IGR.

He called on the citizens to take part in the programme- invest in Adamawa.