NEWS:Deputy Governor Chief Crowther Seth has condoled with the family of late Barrister Yusuf Manassa Daniel, saying his services will be greatly missed. 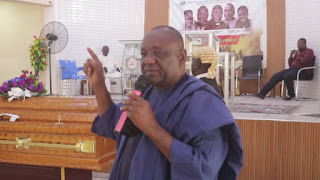 The Deputy Governor was speaking at the funeral service of the deceased at the first Baptist Church Jimeta.


The Deputy Governor Chief Crowther Seth in his condolence message encouraged the family of late Barrister Yusuf Manassa Daniel to see the demise of their father as an act of God.

Having said that no one can question God for His decision to give and take life at His appointed time extended the heart felt sympathy of governor Ahmadu Umaru Fintiri to the family, praying God to grant the Departed soul eternal rest. 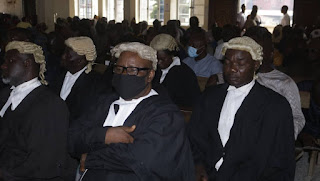 He advised those left behind to mourn him to summon courage and bear the irreparable loss.

Chief Crowther further advocated for unity of purpose, reminding christians that the body of Christ is one, hence the need to live in peace and tolarate one another.

Reverend Ibrahim Audu in a message titled "The power of resurrection", believes that God will glorify Himself for the death of late Barrister Yusuf Manassa Daniel, for He has power over life and death. 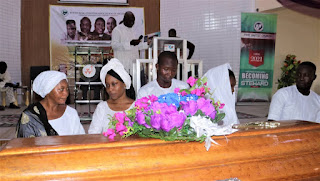 to be strong and not let their minds be troubled for there is life after death.

Barrister Yusuf Manassa Daniel has been buried in his home Town Banjiram Guyuk local government of Adamawa State, according to Christian rites.

Aged Sixty One, Barrister Yusuf Manassa Daniel was born on 26th of  October 1960 and gave up the spirit on 4th October, 2021, after a protracted illness.
11:47
Adamawa Daily Reports
News
Email ThisBlogThis!Share to TwitterShare to Facebook