Home » News » NEWS:Adamawa State Government Says it Will Continue to Accord Priority to Safeguarding its Boarders.

NEWS:Adamawa State Government Says it Will Continue to Accord Priority to Safeguarding its Boarders. 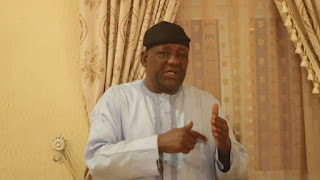 
Governor Ahmadu Umaru Fintiri was speaking through his Deputy Chief Crowther Seth who doubles as the chairman state boundary committee while addressing the delegation on security assessment mission for the preparation of the United Nations lot six pillar emplacement exercise at the Deputy Governor's Conference Hall. 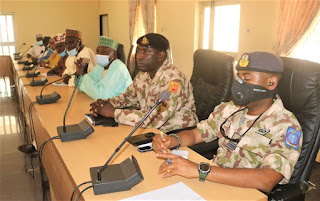 A team from the United Nations, National Boundary Commission, and the Cameroonian  delegation met with the Government of Adamawa to seek for support and haa had a discussion with the security outfits, members of the State Boundary committee and the Chairmen of the four affected Local Governments of Fufore, Jada, Maiha and Mubi South for the successful implementation of the exercise. 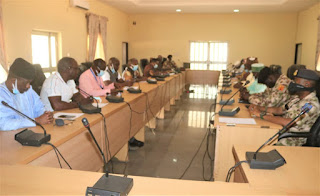 The Governor informed that inview of the incessant border disputes, movement of insurgents and other criminals across the border areas, his purposeful leadership is always ready and committed to deploy all machineries towards providing secured boarders for a safer trans-border activities by the citizens, maintaining that security of lives and property of the masses is the topmost priority of his administration.


Governor Fintiri promised to provide all needed assistance for the success of the exercise.


Earlier, the leader of the delegation, Surveyor Mustapha Ribadu said in continuation of the implementation of the ICJ judgement along the Nigeria-Cameroon international boundary, the UN has awarded contract Lot six pillar construction exercise along the boundary in Fufore, Jada, Maiha and Mubi South Local Councils hence their resolve to identify with the Government of Adamawa soliciting for support as well as cooperation. According to him, informed a joint security asessment mission to the areas of operation by the Cameroonian and Nigerian delegations as a prerequisite for the UN's department of safety and security approval to undertake the exercise.


Surveyor Ribadu lauded Governor Fintiri among other critical stakeholders for their show of commitment at ensuring the success of the exercise geared towards nibbing border disputes, among other border challenges in the bud.
08:27
Adamawa Daily Reports
News
Email ThisBlogThis!Share to TwitterShare to Facebook