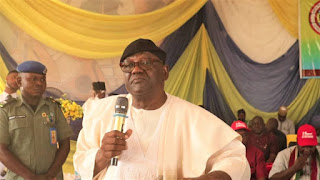 Governor Ahmadu Umaru Fintiri Has Informed The Nigeria Union of Local Government Employees (NULGE), Adamawa State Chapter of His Commitment Towards Attending to the Needs and Demands of Workers to Enhance Productivity.

Governor Ahmadu made the call through his Deputy Chief Crowther Seth at the 7th Quadrennial state delegates conference of the union.


The 7th Quadrennial delegates conference brought them together to elect and usher in new State Leaders from the 21 Local Government Areas across the State.

He said Ahmadu Umaru Fintiri is a labour friendly Governor, expressing Government's determination to improve the condition of the working force at local and state levels for better output.

Having said that Government is also committed to pursue its Urban Renewal Programmes to a logical conclusion to resuscitate people's trust in governance, the Governor further implore the Union to contribute their quota for the growth and development of Adamawa.

While wishing the Union a successful State delegates conference, he assured of the government's readiness to look into the issues raised to enhance the productivity of workers for the overall interest of Adamawa state.


The national President of NULGE Comrade Ambali Akeem Olatunji and the State Chairman , Comrade Hammanjumba Gatugel had earlier commended the Fintiri's led Government for attending to the yearnings and aspiration of the citizens.


They described Governor Fintiri as a record breaker in view of his infrastructure and human capital development across the state, as well as according priority to the welfare among other needs of workers.


The officials enumerated some of the achievements recorded by the union, even as they make case for local government autonomy.


On the other hand, the state delegates conference featured the presentation of award to Governor Ahmadu Umaru Fintiri in recognition of his regular payment of salary and the execution of developmental projects across the 21 local government areas. 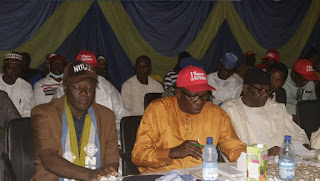 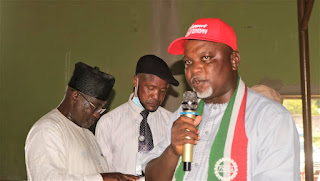