NEWS: Survivors of Gender Based Violence Will Receive N200, 000. 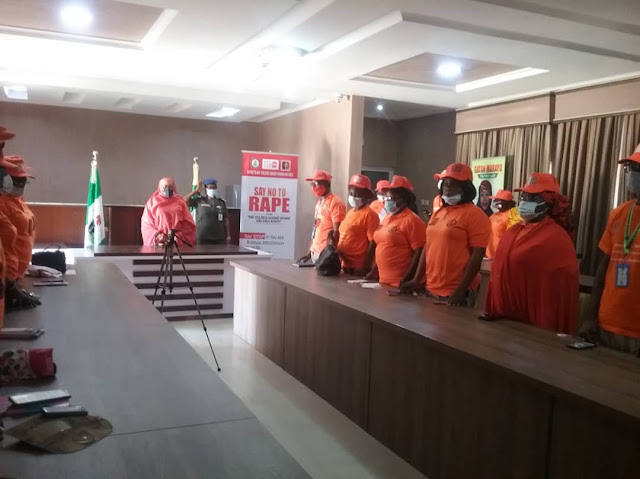 The Adamawa State Governor’s Wife, Hajiya Lami Ahmadu Umaru Fintiri, has promised to give grant of N200,000 to survivors of Gender Based  Violence from her Fresh Air pro-life Empowerment Foundation.

This was disclosed at a Press briefing organised by Minstry of Women Affairs and Social Development in collaboration with Gender Based Violence Sub-Sector  group on 16 Days of activism.

16 Days of Activism are days selected by United  Nation as a global campaign to eliminate all forms of violence against Women and Girls and the need to protect and promote Women economically, politically and socially.The theme for this year’s campaign is “ END VIOLENCE AGAINST WOMEN  AND  GIRLS NOW.” The campaign commences on 25th November and ends on 10th December with series of activities.

The Governor’s wife called on all stakeholders to put  all hands on deck and support victims of Gender Based Violence so as to ameliorate their pains. Also, the Permanent Secretary Ministry of Women Affairs and Social Development, 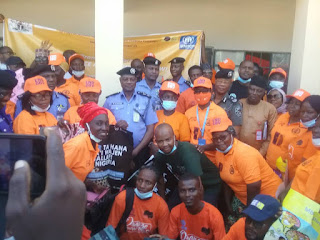 Mrs. Saso Benson Ali, commended Governor’s Wife  for  supporting Women and Girls. She further lauded efforts of donors for the humanitarian  services  they have been rendering in the state. Mrs. Ali, stated that 89% of Gender Based Violence cases are charged to court, 86% received justice including two Police officers, 20% cases closed by Police and 0% convicted. In light of above, the Gender sub-sector team will match to see the Commissioner of Police to seek for justice to survivors.

Consequently, the Programme Officer, United Nation Population Fund, on behalf of the Gender Based Violence Sub-Sector  team commended Governor’s Wife for  taking the plight of Women and Girls as her utmost priority, he commended Governor Ahmadu Umaru Fintiri, for the  passage of bill on Violence Against Persons Prohibition act. Dr. Danladi, appealed for more  budget allocation to the State Ministry of Women Affairs and Social Development to enable them perform better.

In the same vain, the team took the campaign match to  Commissioner of Police, at the police headquarters, where the Permanent Secretary, Mrs. Saso Benson Ali, solicited for speedy action in  prosecution of perpetrators of Gender Based Violence, stressing that rape cases are on increase in the state.

In his remarks, the Commissioner of Police, C.P Muhammad Ahmed Barde, assured the team of his cooperation in the fight against Gender Based Violence. He  said  people should not hesitate to report cases of Gender Based Violence to Gender desk officer in the Police Command.