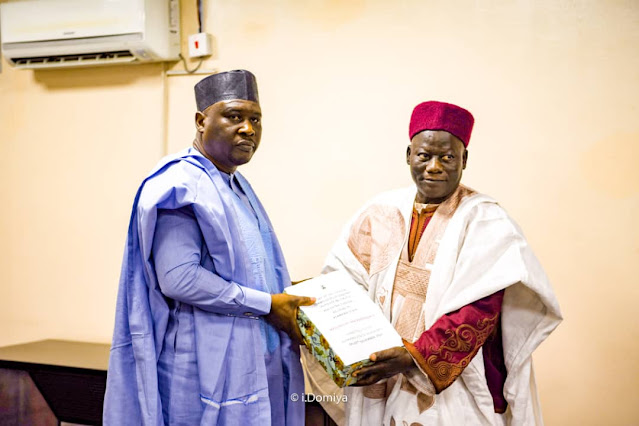 22/11/2021
Governor Ahmadu Umaru Fintiri of Adamawa State has assured to implement the recommendations of the State Judicial Commision of Enquiry on Police Brutality or Related Extra Judicial Killings without altering and adulterating the Commission findings.

Governor Fintiri said that his administration will study and treat all the thirteen recommendations of the Commission base on its strength and merit.

Speaking, Monday at the venue of the submission of the report, Council Chambers, Government House Yola, Governor Fintiri disclosed that the committee was allowed to perform its function without interference while commending them for their tireless effort to come out with a report that will bring to an end, abuse on human rights. 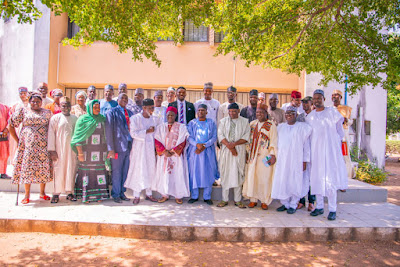 Governor Fintiri said that his government is working towards building a peaceful Adamawa through deployment of all means to keep and maintain peace which is needed for the socio economic development of the state. He express optimism that the report of the committee will address most of the police brutality on the citizenry.

Governor Fintiri called for the respect of the police, encourage them, and work with them to provide a peaceful state.

Presenting the report to Governor Ahmadu Umaru Fintiri, the Chairman, Adamawa State Commission of Enquiry on Police Brutality, Hon. Justice Adamu Habon, rtd. disclosed that the commission was given five specific terms of reference mainly on fact findings and was to submits its reports in six months.

He explained that the Commission conducted a public hearing across the state between 25th November 2020 and 23rd January, 2021 and received thirteen memorandum from the affected individual together with their documentary evidence.

Hon. Habon disclosed that some of the cases the Commission received ranges from mental trauma, physical body pains, lost of properties and losses of lives which cannot be quantified.
He said that the reports of the Commission was in three volumes with volume one: contained the main report, record of proceedings, findings, observation and recommendations while volume two contains presentation and submissions through the affected individuals and volume three has all exhibits tendered by parties.

The Commission's chairman revealed that the success of the Commission was ascribed to the commitment and dedication of its members while saying the Commission did not recorded any form of report of been bias in its inquiries.
Hon. Justice Adamu Habon, rtd. thanked the State for given the Commission members a rare privilege to serve it, the various groups who submitted their memorandum and the Nigeria Police, Nigeria Security and Civil Defense Corps and the Department of the State Services who according to the Chairman were with the Commission throughout its sittings.