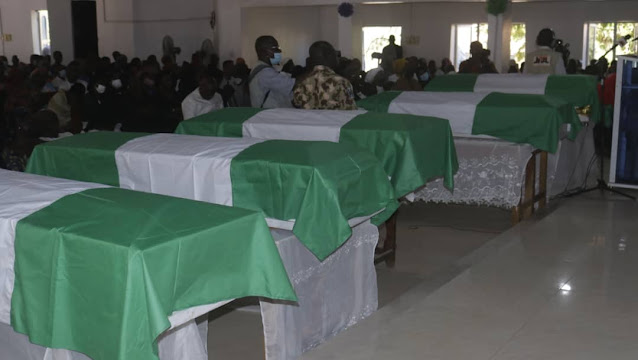 
Governor Ahmadu Umaru Fintiri at the funeral service held at saint Stephen (Protestant) Church Gibson Jalo Barracks described the demise as a colossal loss to the immediate family, Hong community, Adamawa and Nigeria as a whole.

It was tears of sorrow and pains at Gibson Jalo Barracks, Yola as the corpse of Brigadier General Dzarma Kennedy Zirkushu and seven other fallen officers were committed to mother Earth.

The Gallant general was serving as the Commander 28 Task Force Brigade at Chibok in Borno State before his death alongside 7 of his junior colleagues on 13th November, 2021, while combating with the dreaded insurgents. 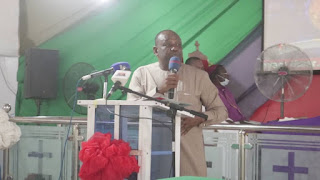 a condolence message on behalf of Governor Ahmadu Umaru Fintiri, his Deputy Chief Crowther Seth expressed shock over the demise of Brigadier General Dzarma Kennedy Zirkushu and colleagues, encouraging the family, entire Hong community and the state at large to weep no more, rather look up to God who is the comforter.

He said Hardwork, loyalty and dedication to service has been the reckoned charisma of late general Zirkushu, regretting that he died at a time his services is needed most.

The Governor could not hide his pains saying Kilba land and the entire state has lost a gallant soldier and a pride of Adamawa, saluting his courage, bravery and sacrifice for the nation. 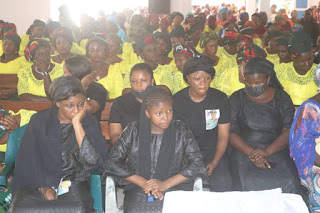 While urging the family, Nigerian Army, and the country at large to take console in God and the bravery of the late general, he added that he left behind memorable legacies of intelligence bravery and sacrifice, hence the celebration of his gallantry.

Governor Fintiri therefore, gave kudos to men and women of the Nigerian army for their gallantry, expressing hope that the current security challenges in Nigeria will be surmounted

The secretary to the government of the federation Barrister Boss Mustapha on behalf of the presidency commisserated with the family, describing the death of general Dzarma Kennedy Zirkushu as a painful loss to Hong community, Nigerian army, the state and the entire country.

He eulogises late general Zirkushu and other officers, saying they served their father land and humanity with honesty, dignity and faultless labour, praying their spirit to be at peace with God.