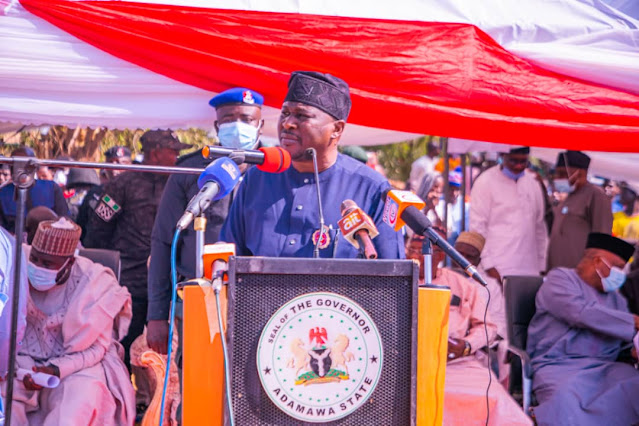 The Adamawa State Governor, Rt. Hon. Ahmadu Umaru Fintiri has flagged off the construction of 6.8km Mubi bypass road and multiple bridges at the ancient town of Mubi in the Northern senatorial zone of the state.

Flagging off the road construction, Monday in Mubi, Governor Fintiri said that the Mubi bypass is a project that the people have desired for long. Adding that it has become even more desirable now considering the central role the project is expected to serve in the lives and livelihood of the inhabitants and visitors alike.
Governor Fintiri described the Mubi Bypass road as long overdue.

“Without any doubt, this project is long overdue considering that the town has become a linear settlement along only one major Road leading into and out of the town” Governor Fintiri said.

“This has made intra/intercity commuting a daily nightmare and a collective embarrassment.

“You will recall that during a harvest of commissionings early this year, I had promised to sustain our Urban and Semi Urban Renewal project until all towns and cities get befitting facelift not only for aesthetics but for the comfort and convenience of the teeming populace”. 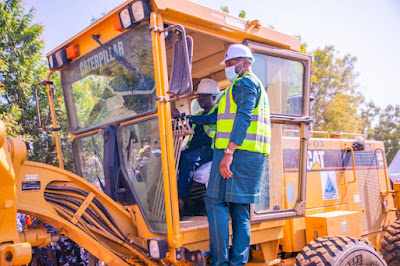 The Governor of Adamawa State explained that the decision to construct the bypass is also informed by the fact that with the Mubi International Market coming on stream soon, the influx of traders and businessmen will quadruple.
Stressing that there is no time than now to open up the town for the anticipated influx.

Governor Fintiri disclosed that in Mubi, his administration has embarked on numerous projects that include an improvement on the quality and quantity of Infrastructure in Mubi General Hospital, Rehabilitated several Schools, Constructed several Classroom Blocks and improved water supply in Mubi North and South in partnership with the European Union.

Earlier the Commissioner, Ministry of Works and Energy Development, Hon. Adamu Atiku disclosed that the Mubi Bypass road to be constructed will stretch from the Njaire Bridge before the entrance City Gate of Mubi, passing through Dazalla, Sabon Gari and bursting out of Digil Road within Mubi town.

He said the contract for the construction of road was awarded to MSSR Triacta Nigeria Limited at the cost three point four billion naira and the contractor is expected to complete the project within 18 months.