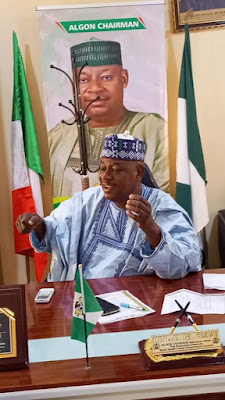 The Chairman thanked the Councillors Forum for the Award which they said was given to him as the result of the  Development his administration has  brought to Mubi South Local Government Area.

"The development we have recorded in  our Two Years Tenure could not have been achieved without your support and advises" Jinji said.

He charged them all to continue to support the Government In their respected Local Government for  the remaining  few Days left in office.