Home » News » NEWS: Interim Report on Rebirth and Sustenance of Peace and Unity Among Lunguda and Waja Communities.

NEWS: Interim Report on Rebirth and Sustenance of Peace and Unity Among Lunguda and Waja Communities. 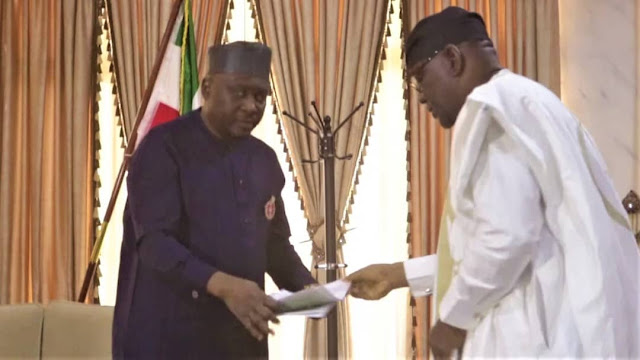 Governor Ahmadu Umaru Fintiri has received an interim report by the eighteen man standing committee set up by the government of Adamawa and that of Gombe states to rebuild peace, unity and trust between Lunguda community and of Waja  following the crisis that erupted amongst the twin tribes.

The report presented by the Deputy Governor Chief Crowther Seth who is chairing the committee revealed that over thirteen thousand people were affected by the conflict.


While submitting the interim report of the 18 man standing committee on rebirth and sustenance of peace among Lunguda and Waja communities, deputy governor Chief Crowther Seth said findings revealed that poverty and ignorance are the major cause of the fight.

According to the report, lives and property have been affected, but with the Swift intervention of government and other organizations, almost all the affected persons in the communities have been resettled.

The Deputy Governor Chief Crowther Seth added that the committee recommended government to establish more skill acquisition centres in the affected areas for youths engagement, self reliance and productivity, discourages rumour mongery, re-dedication of security personnel to duty and the need for government to direct traditional rulers to take the issue of farm land demarcation very seriously among others.

Responding Governor Ahmadu Umaru Fintiri assured of government determination and desire to look into the recommendations for speedy implementation, for lasting peace, unity and harmony among the twin tribes.

He appreciated the 18 man committee for their dedication, time and the wealth of experience put for the success of the assignment given them.

The people's governor urged them to continue at the present pace, reassuring his administration's resolve to tackle the problem of poverty and ignorance to build a better future for the next generation and the state in general.

The 18 man standing committee to restore peace, unity and harmony between Lunguda and Waja communities of Adamawa and Gombe states is headed by the deputy Governors of the two neighbouring states. 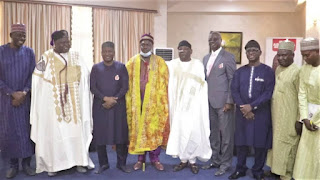