NEWS:Deputy Governor, Chief Crowther Seth has congratulated Kodomun community on their first cultural day, urging them to remain United and hold unto their cultural heritage. 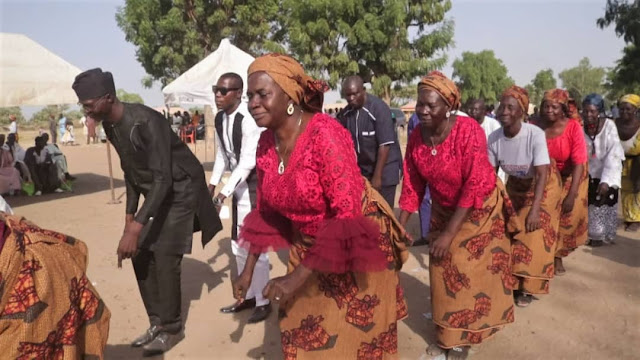 
The event came to fore at Kodomun community of Demsa local government area of Adamawa state.

The cultural day celebration which is the organized by Kodomun community development association brought together sons and daughters of the land from far and near.

Deputy governor Chief Crowther Seth lauded the bold step taken by the people of Kodomun to showcase the rich culture inherited from their forefathers.

The number two citizen and the Nzeanzo of Bachama kingdom notes that Kodomun community have been known for their Unity, respect and discipline, advising them to sustain the spirit, thereby holding unto God who is the originator of any culture.

While reminding the entire Bwatiye land that those without culture have lost their identity, the deputy Governor urged them to transmit culture unto the younger generation.

Pius Raymond the national chairman Pene Da Me Kodomun said the cultural day became necessary to awaken the consciousness of youths to their cultural norms and values.

This according to him, will enable the younger ones learn what they have inherited from their forefathers and stick to it.