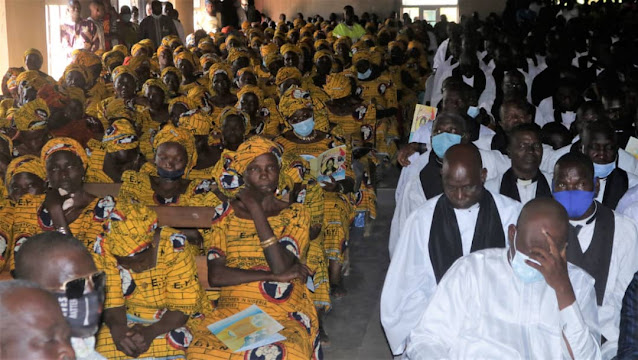 At the funeral service held at E.Y.N LCC number One Hildi in Hong Local Government of Adamawa state, the Governor said the deceased has lived a life that will forever be remembered.

Governor Ahmadu Umaru Fintiri who was represented by his Deputy Chief Crowther Seth saluted the disposition of courage and truth of late Reverend Stephen Hyalandiandu Billi Mamza while alive, saying the legacies he left behind cannot be quantified.

While condoling the immediate family, Hildi community and the entire EYN family over the great loss, he prayed God to grant the departed eternal rest and comfort to the family. 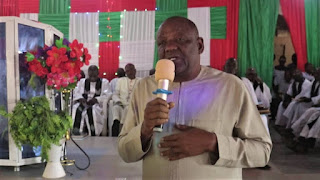 The Governor expressed optimistism that the death of Reverend Billi would be a unifying force among Christians and non Christians alike, Hildi community and the state in general, urging the faithfuls to always stand for truth and rededicate themselves to the service of God.

Other mourners to include the Catholic Bishop of Yola diocese who doubles as the state CAN Chairman Bishop Stephen Dami Mamza registered their sympathy, describing the deseased as a devoted Christian who spent his lifetime serving God and humanity, adding that though out of sight but not out of their minds, calling on Christians to emulate him.

On behalf of the bereaved family, the President of E.Y.N Church, Reverend Joel Billi expressed gratitude to Governor Ahmadu Umaru Fintiri among other mourners for the show of love during their moment of pain, describing their father as a brave and gallant fallen iroko tree in the vineyard of God.

He however encouraged the faithfuls to emulate the prayerful life of late Reverend Stephen Billi Mamza.

In a sermon, Reverend Jinatu Womdiyo admonished Christians to be good ambassadors of Christ, for death is inevitable. He said late Reverend Billi has finished his race, advising the living to look up to God, the pioneer and perfecter of their faith.

Late Reverend Stephen Billi Mamza was Born in Nintheen Thirty Six and passed away on the second day of January,Twenty Twenty Two at the age of Eigty Six in Hildi community of Hong local government, after a protracted illness.