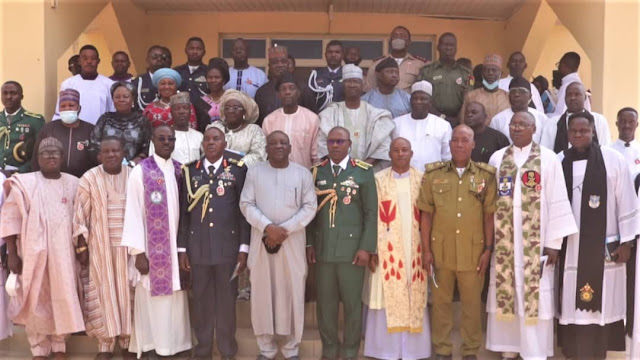 Governor Ahmadu Umaru Fintiri re-emphasized that security is the topmost priority of his administration, pledging his support to the families of the fallen heroes, retired and the serving officers of the Nigerian Army.

Represented by his Deputy Chief Crowther Seth, Governor Ahmadu Umaru Fintiri gave thanks to God to be part of the 2022 armed forces remembrance day service.

He lauded the armed forces for their sustained fight against insurgents among other terror groups and criminal activities in the state and Nigeria in general.

While saluting the courage and gallantry of the officers, the governor expressed commitment to supporting security and promote peace as well as tolerance among the people across divides.

Reverend Father, Major Martins Awoyinka, in a sermon titled "Maintaining Christ Attitude in Service", advised the faithfuls to be concious of their attitude as Christians. He admonished Christians to hold unto God and believe only in him for he never fails. 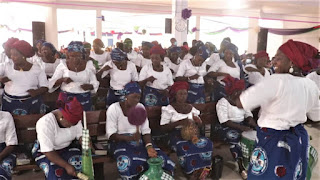 The Preacher reminded the congregation that death is a true reality in life, hence the call on them to make good use of their time while still alive, adding that by surrendering their life to Christ, pain, sorrow and untimely death will not be their possion.

The clergyman also urged them to always show gratitude in any situation, learn to be merciful, and be commited to duty, thereby translating their fate in action.

In a good will message, the chief of defense staff represented by the Air commandore Bukkan Amos Sani highlighted some successes recorded by the Nigerian armed forces, assuring that despite all odds, they will continue to make sacrifices to defend the country and keep it together.

He is confident that the forces of darkness will not prevail over the country and the armed forces.

The peak of the service was special prayers for the fallen heroes, retired and serving men as well as women of the Nigerian armed forces.

Yet, prayers was offered on Adamawa state, Nigeria, troops in the battle field and the end to insecurity in the country as a whole.
09:00
Adamawa Daily Reports
News
Email ThisBlogThis!Share to TwitterShare to Facebook