NEWS: Gov Fintiri Assures Security of Lives, Properties of Citizenry , Justices for all. 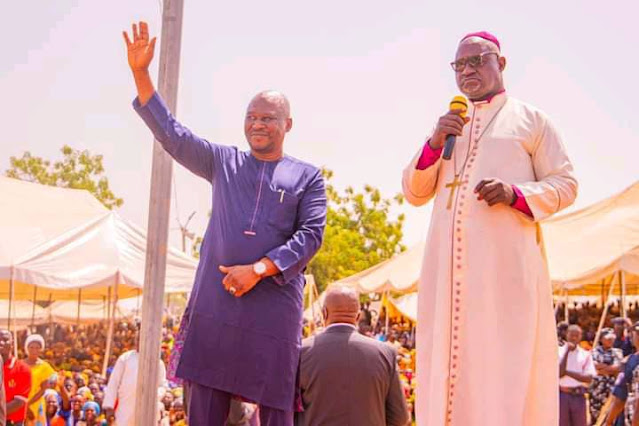 Governor Ahmadu Umaru Fintiri has reiterated that his administration will not relent in  ensuring peaceful coexistance, protection of lives and provision of dividends of democracy to all category of people across the state.

The Governor in company of his cabinet members made the assertion at the 97th annual convention of the Lutheran Church of Christ in Nigeria (LCCN) in Demsa LGA with a theme "Reflect Christ In Your Lives" Philipiance 2:5.

The Governor explained that one of his campaign promises is to provide security, unite the people and ensure even dispensation of dividends of democracy to all category of people which for the past 2 years his administration has justified.

That according to him, couldn't have been possible without their support, prayers and patience while urging the faithful to maintain the tempo for the progress of the state.

He maintained that, advocating for peaceful coexistance and security of the state is everybody's business and solicited for support and prayers of the Lutheran family to sustain the ongoing efforts to maintain peace, unity and secure lives and properties of the masses in the state. 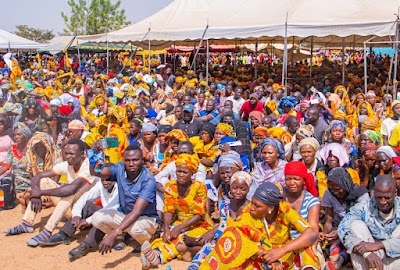 He urged them to use the convention in session to fast and pray for the government, assuring them that he is doing everything possible to be just in handling the state resources to better lives of the masses and to be consistent in upholding the promises he made to the people in the state.

According to Governor Fintiri, his government has demonstrated leadership that has affected the common man positively through payment of WAEC and NECO, provision of free medical services to pregnant women, children bellow five years and the aged above 60 years among other services and urged the faithful to go and register with the state Health Insurance Service office to enable them access free medical services.

In his response, the President Lutheran World Federation, Most Rev. Musa Panti Filibus acknowledged the efforts of the governor in ensuring security stabilizes in the state, entrenching peaceful coexistance and approving the Church Certificate of Occupancy for the proposed Lutheran University of the LCCN .

The Clargy who described insecurity as a hindrance and threat to the lives of the people, appealed to the Government to sustain the ongoing efforts of guaranteeing safety of people at the grassroots who need a peaceful atmosphere to go to farm and engaged in their day to day activities to earn a living.
22:48
Adamawa Daily Reports
News
Email ThisBlogThis!Share to TwitterShare to Facebook