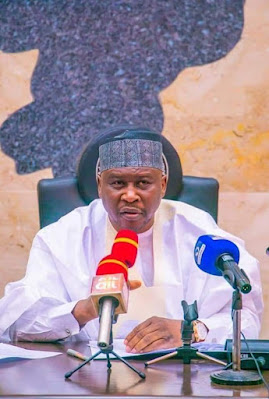 Governor Ahmadu Umaru Fintiri has appointed ten prospective Permanent Secretaries in to the state civil service.The appointment came after the introduction of mandatory examination for civil servants on Grade Level 17 with vacancy from the Local Government Areas they came from.

He said, before his administration came on board with Civil Service reform policy, Permanent Secretaries were appointed few weeks to their retirement years against the at least six months before retirement.

Adding that the introduction of examination to be conducted by the Administrative Staff College, Badagry in conjunction with the office of the State Head of Service has do away with the vices that characterised the selection of the Permanent Secretaries. 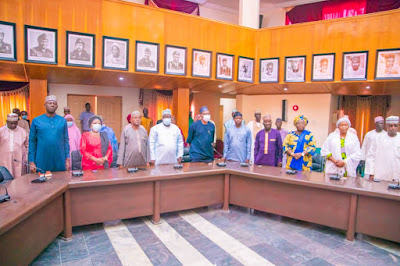 He encouraged the Civil Servants to sit up and be best as his Government will do everything possible to optimize the performances of Civil Servants as they helped the Government in formulating and implementation of policies.

While congratulating the selected Permanent Secretaries who passed  the examination, Governor Fintiri urged them to justify the reason for their selection and demonstrate it interns of performance, transparency and integrity.

Earlier updating Governor Fintiri on the processes followed in the selection of the prospective Permanent Secretaries, the Adamawa State Head of Service, Dr Edgar Amos Sunday said the selection marks the sincerity of the prospect, deligent, transparent in outcome, fruitful in expectation and impact to the Civil Servants, Government, and the larger Adamawa society.

He said the examination for the selection of the candidates for the position of Permanent Secretaries was conducted by a reputable Administrative Staff College, Badagry. Maintaining that the process is objective, credible and transparent which was why the result was announced publicly.

He revealed that Governor Ahmadu Umaru Fintiri's led administration has created atmosphere for eligible candidates to sat for the examination without interference while lauding the Governor for the policy that has transformed the Civil Service and assured the civil servants maximum support to the present administration.
Those that were selected for the position of Permanent Secretaries include from Lamurde GG: Mbi Deborah and Cletus Hilkiah; Fufore LG: Yahaya Sule; Yola North LG: Aishatu B. U. Rilwan and Girei LG: Linah M. Ndesah.