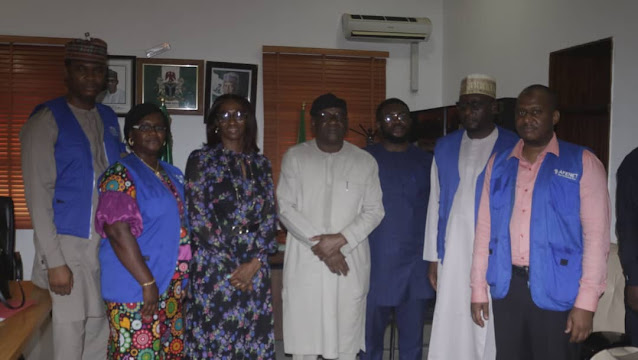 The Adamawa state Government said it has recorded one hundred and one coverage in routine immunization, polio related activities and COVID-19 vaccination roll out following the first outbreak response in January.


Deputy Governor, Chief Crowther Seth revealed this while addressing a team from the United States Center for Disease Control and prevention in his office Tuesday. Chief Crowther Seth who doubles as the Chairman of the State Task Force on immunization commended the development partners for their interventions in Adamawa, noting that the state has recorded great performance in its first and second round of routine immunization exercises, attributing it to supervision provided by the management support teams and the counterpart funds provided by the Fintiri led administration for key activities in the two rounds.

He said Have,  they are moved by the waves of outbeaks recorded, but the administration has risen to the challenges

Chief Crowther thereafter, appealed for continued partnership with the development partners, Adamawa state health teams and the execution of more projects to strengthen the health system in the state, thereby consolidating on the gains already recorded. He reiterated that providing quality and affordable health service to the citizens is the topmost priority of the present administration.

Earlier, the Director for immunization, United States Centers for Disease control and prevention, U.S Embassy, Abuja Dr. Omotayo Bolu said their visit is to review great achievements so far and advocate for sustained health gains for the people of Adamawa.

She heaped encomiums on Governor Ahmadu Umaru Fintiri for his successes in the areas of maternal Newborn and Child health outcomes.

The Director also noted that the state has improved routine immunization coverage from 33 percent in 2016 to 55 percent by the end of 2021 among other numerous achievement which are made possible by the visionary leadership of Governor Fintiri and that of the Chairman primary healthcare development agency Dr. Suleiman Saidu.

She further revealed that Adamawa has improved COVID-19 vaccination coverage from 7 percent to 13.7 percent first dose, and 6 percent second dose over the last 50 days.

The officials reassured their readiness to continue to support Adamawa in outbreak response for Mutant polio viruses, Yello fever, Measles and other outbreaks.

They also said as stakeholders, they remain committed to strengthening routine immunization and new vaccines introduction, support COVID-19 vaccine service delivery expansion as well as supply chain for vaccine to the local government levels, HIV/AIDS and other primary healthcare services to improve health outcomes for people of Adamawa and Nigeria as a whole. 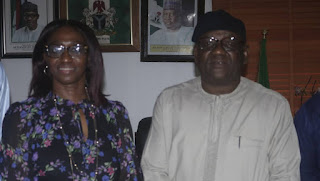