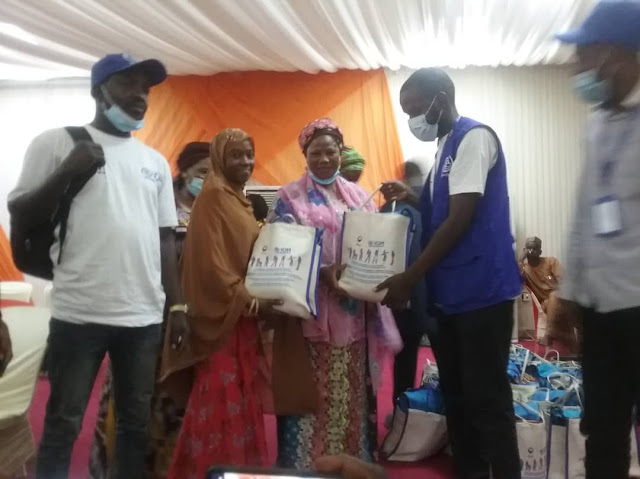 The Governor of Adamawa State Ahmadu Umaru Fintri, calls for recognition Of Women as equal partners in nations building.The call was made on Tuesday, 8th of March, 2022 at International women’s day celebration organised by ministry of women affairs and social development. This year’s theme is “Gender Equality a call for a sustainable Tomorrow”.

International women’s day is a day  celebrated globally, where all women  from all walks of life and the world, come together to celebrate women and look at their achievements and contributions of women different spheres of life. The day is also marked to spread awareness about women empowerment and gender parity.

In a speech presented by Governor Ahmadu Umaru Fintiri, represented by the chief of sttaff, Dr. Amos Edgar, stated that his administration is gender friendly because women’s voices are being heard  and addressed so as to bridge gap of gender Inequality among women and Men. He added that the VAPP law was passed into law, also, child right bill  has passed though second reading in the state House of Assembly. The Governor, promised to ensure promoting and protecting the plights of women and Girls. He called on all stakeholders to put hands on desk to ensure a  bill on Gender equal opportunities is passed into law.The Governor lauded the efforts of all donor agencies for supporting Adamawa state Government. 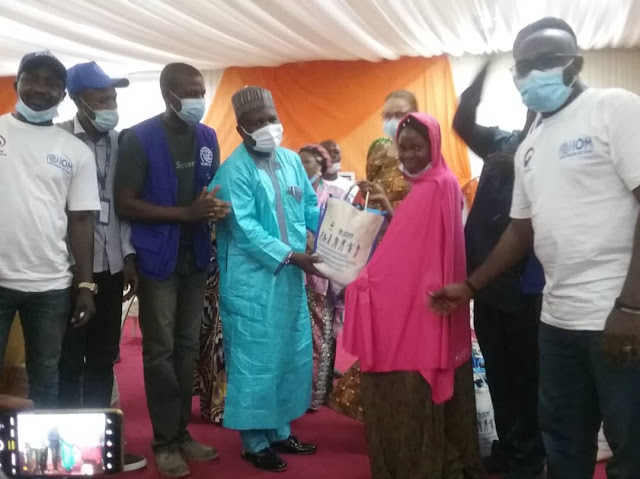 Part of the celebration was paper presentations. The first paper was presented on the topic ‘ Advocating Girl Child Education’ by Professor.  Anna Malgwi,  in her presentation, she maintained that ‘educating a Girl child is educating a nation, because education is crucial in human endeavour, also, through education women and Girls will actualize their dreams, financially Independent, achieve their own potentials and be free from being exposed to all forms of violence in society. The presenter laments that covid 19 pandemic has affected the lives of many women and Girls negatively because women and Girls have became  victims of sexual and domestic violence. Mrs. Malgwi further laments that 19 countries in Africa are faced with challenges of Girls education because of poverty and cultural norms which gives more priority to Boys than Girls . She stressed on the need to give Girls quality education so as to broaden their knowledge, make decisions about their lives in order to be role models in society.

The second paper presentation was made by Dr. Maisaratu Bakari, on the topic ‘ Personal hygiene’ in her presentation, she warned against washing vagina with soap because soap contains chemicals that destroy cells in the vagina, she advised on the need to change pad often during menstruation period at least 5-7 times a day. Dr. Bakari, further advised women and Girls to on the need to wash their hands after using toilet to avoid getting contact with germs. She also, advised on  proper dispensing of sanitary pads after using, they should wrap it properly before disposing it.

The third paper presentation was made by Dr. Mary Paninga, the chairperson planing commission, on the topic’ Women in politics’ the presenter challenged women to  join politics, vie for political seats so as to demonstrate their capabilities. Dr. Paninga, called on women to support their women counterparts in leadership positions.

Consequently,  in a remarks by the UN representative Dr. Uller Mueller, commended Adamawa state government for domestication of Violence Against Persons Prohibition Law, passage of child’s right bill in to second reading and solicits  for government’s support to uplift living standard of women and Girls.

In continuation  of the celebration, a dinner party and paper presentation was organised at  government  House, where women wined and dined with representatives e of Governor, Mr. Amos Edgar, UN representative Mrs. Uller Mueller, and many dignitaries.

A presentation  was made by the chairperson FIDA, Barr. Hafsat Abdullahi, she congratulates  women of Adamawa state for witnessing another international women’s day. In her presentation, she said the present government is working to ensure a bill on child rights bill is pass in to law because it has passed through the second reading in state House of assembly. Also, a bill on violence Against Person ‘s Prohibition was also passed into law which comes to eliminate violence against persons irrespective of  gender, adding that no hiding place for offenders of rape. She announced that in the VAPP law, there are some innovations which states that a woman can also rape a man unlike in penal court that states ‘only a  man can rape a woman ‘  Also, penetration may not be only through vagina, it may be through anus, mouth, or use of hand in private organs. She further stated that in the VAPP law, apart from sending perpetrators to prison, the judge will seek for survivors compensation. In addition, in the VAPP law there is register for sex offenders for publication so as to expose offenders to public.

There is also accredited service providers from ministries of Justice, Health, Women affairs, community social organisations and government agencies who will render free access to justice, Health or psych social support. Barr. Hafsat, further announced that the VAAP law was sent to government printer for gazetting. She called on all stakeholders to sensitise public about the lasted development by government.

Climax of the celebration was presentation of safety kits to adolescent Girls and cultural dances by performers  from Arts council.