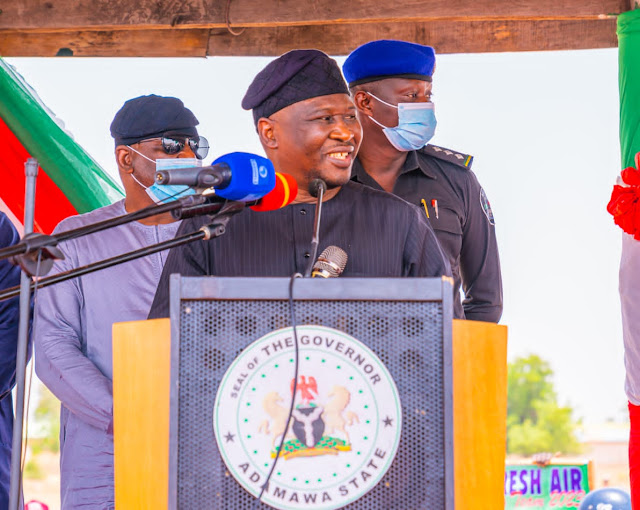 Governor Ahmadu Umaru Fintiri has flagged off the construction of roads in the Local Government Areas of Demsa, Lamurde and Guyuk.

Flagging off the roads, Governor Fintiri said that the road constructions in the three LGAs is a fulfilment of his administration programme of executing projects in all the 21 LGAs of Adamawa. 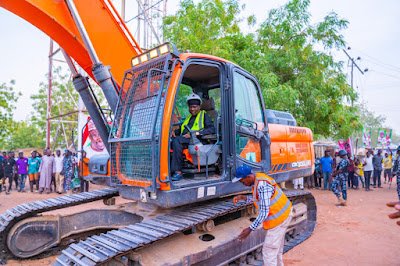 In his separate speech, Governor Ahmadu Umaru Fintiri said that his administration has provided free education to all public schools in the state and paid WAEC and NECO examination fees for the final year students in public schools to give the children of the masses opportunity to graduate from secondary school and have access to the tertiary institutions.

While in Guyuk he called on the people to register with the state health care insurance scheme. According to the Governor, the scheme enable children between the age 0 and 5, 60 and above as well as the physically challenged access free medicals in the state.
Earlier speaking, the Commissioner Ministry of Works and Energy Development, Alh. Adamu Atiku assured that his ministry will ensure that the contractor execute the project according to specification and timeframe.
He highlighted the significances of the road to include boosting economic activities of the people. He lauded the Governor Fintiri led administration for putting in place infrastructure across the state.
The road flag off was done simultaneously with presentation of flags to Peoples Democratic Party candidates in the Saturday, April 9, 2022, LGAs election where Governor Ahmadu Umaru Fintiri canvas support for the party's candidates, describing them as people's choice and credible.
At Demsa, the State Chairman of the People's Democratic Party, Barr. A. T. Shehu presented the party's flag to Demsa LGA PDP candidate, Ho. Wonekam Wesley Fwa while in Lamurde the State Party Chairman presented the flag to the Lamurde LGA PDP candidate, Hon Bulus Daniel and in Guyuk he presented the flag to the party's candidate, Hon Solomon