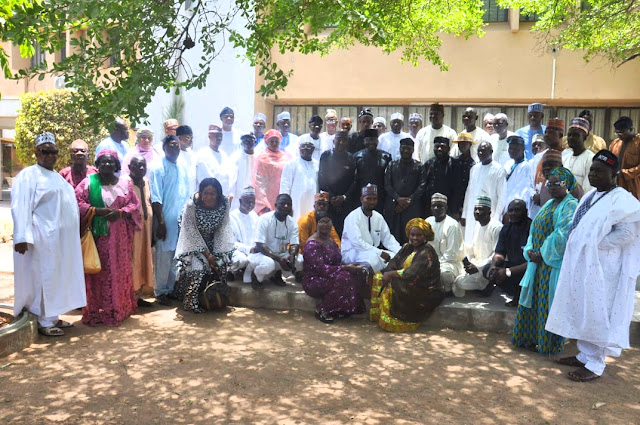 Governor Ahmadu Umaru Fintiri has declared that there is no victor and vanquish at the recent People's Democratic Party, PDP Adamawa State local government primary elections.

The Governor disclosed this, Thursday while meeting with the fifty three PDP LGA chairmanship contestants at the party's primary elections at the Conference Hall, Government House Yola.

Governor Fintiri said that it was out of respect that he called all the PDP aspirants for LG chairmanship to discuss as a family the way forward of the party.

While describing them as critical stakeholders at their respective LGAs, Governor Fintiri enjoined the aspirants who did not win at the primary elections to take it in good faith and wait patiently for their turn, saying that all the aspirants are qualified to be LG Chairmen, but one candidate has to emerge as the party's flag bearer.
Governor Ahmadu Umaru Fintiri solicited for their support to work together with the PDP flag bearers at the Saturday, April 9 LG election.

Earlier speaking, the Adviser of Governor Ahmadu Umaru Fintiri on Political Matters, Hon Abdurahman Bobboi said that the Governor has invited the 53 aspirants as a honour for their mutual understanding and exhibition of maturity at the state PDP Local Government Area Chairmen primaries and to fix their house for victory at the poll.

Speaking separately, the spoke persons of the aspirants from Southern Zone, Hon Abraham Murbuke, Northern Zone Hon. Tijjani Maksha and that of the Central Zone Mary Javan Jambali assured that they will work tirelessly for the success of the PDP flag bearers at the poll on Saturday.