Malam Adulkarim Belel, the In charge of the Area Office and his staff took them round the facility in order to see for themselves the deteriorating nature of the building  and to measure and estimate the cost implication thereof.

The Staff that make up the team include an Achietect  from the State Ministry of Housing whose responsibility was to assess the damaged Government building, the Director of Information and Strategy,  and the Director Planning , Research & Statistics.

Barr. Misali and his team have also visited the on going Adamawa Television  Station  which is not  far from the Federal Polytechnic Mubi in order to inspect and verify on the sad incident that has occurred recently.  Three air conditioners were stolen by some intruders. 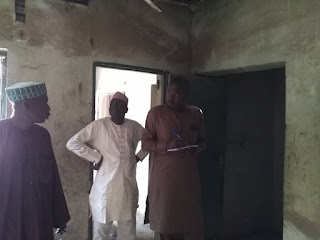 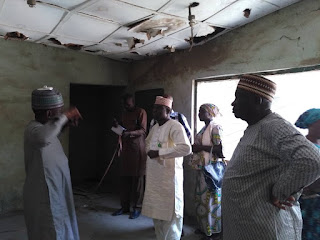 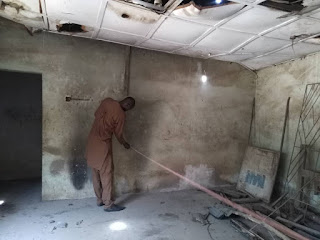