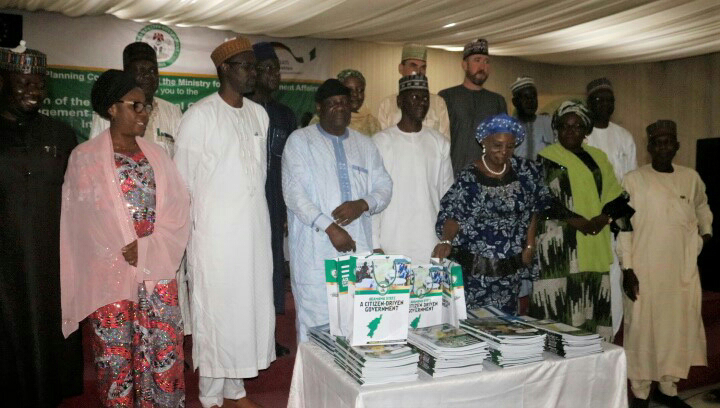 By: Yusuf Umar
Governor Ahmadu Umaru Fintiri says his administration is always open to processes that are all inclusive, in his desire to strengthen the existing and new reforms initiatives that make governance service oriented, with citizens as ultimate stakeholders.
The Governor stated this at a launch of the state and local government citizen engagement and participatory planning policy and implementation guideline held at the Banquet hall government house Yola. 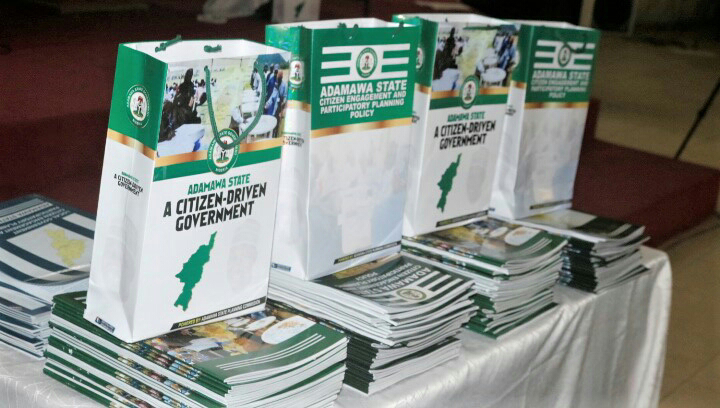 At the policy launch organized by Adamawa state planning commission and the ministry for local government affairs, governor Ahmadu Umaru Fintiri, represented by his deputy Chief Crowther Seth said the event serves as an avenue to emplore opportunities and challenges of participatory governance practice in the entire state.
He acknowledged that the world is rapidly changing along with parculiar challenges in security and population, hence the need for strategies and policies to meet the desired development by the citizens.
The Governor explained the need to strengthen democracy with the frameworks such as the citizen engagement and participatory planning policy geared towards enforcing the link between citizens and the institution that serve them.
Governor Fintiri further maintained that engaging citizens in decision making process is the fundamental principle of democratic governance, as such, the policy is relavant as a stable and  purposeful action, beneficial in tackling non inclusion of citizens in the governance process.
According to him, the event is another mile stone achievement, as his administration is the first to sign the open governance participation in the North east, noting that in keeping to that tradition, Adamawa is also the first state to formulate the citizen engagement and participatory policy in Nigeria.
The Chairperson, State Planning Commission Dr. Mary Paninga, Hon. Commissioner Ministry for Local government Affairs Ibrahim Mijinyawa among other speakers in their goodwill messages, appreciated governor Ahmadu Umaru Fintiri, German government, European Union among other critical stakeholders for their continues partnership and the bold step taken towards championing open and transparent governance.
They described the people's governor as an advocate of transparency, equity and fairness, believing that formulation of such policy will further strengthen democracy.
22:57
Adamawa Daily Reports
News
Email ThisBlogThis!Share to TwitterShare to Facebook