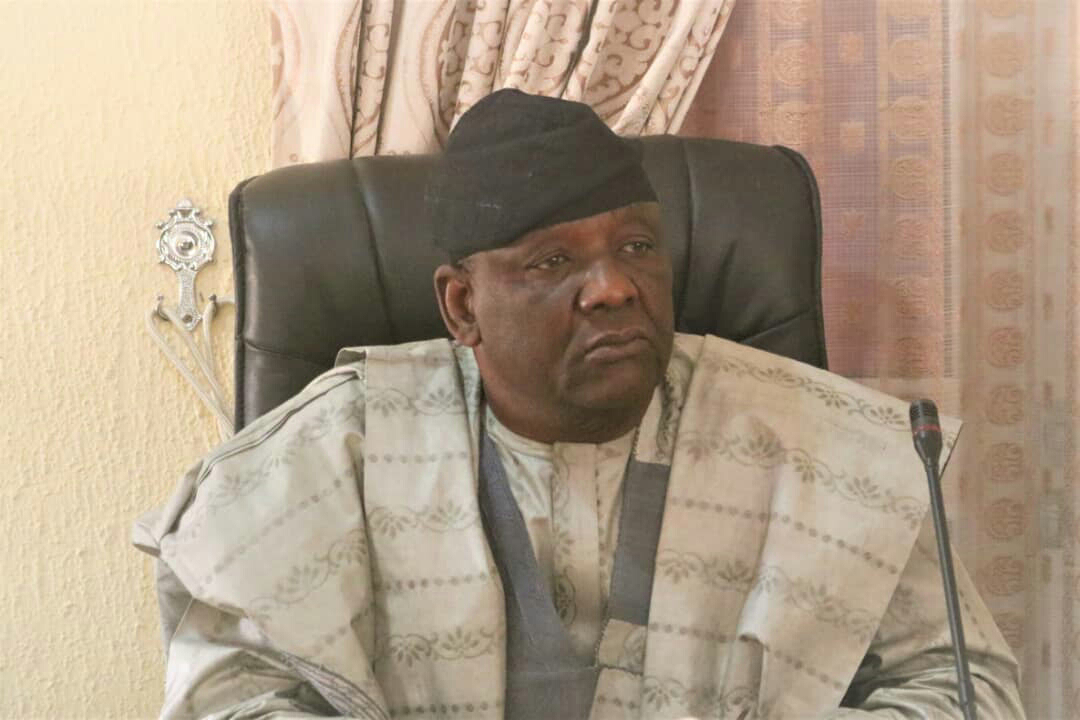 By: Yusuf Umar
The Deputy Governor of the State, Chief Crowther Seth had disclosed this while addressing kinsmen and massive PDP supporters from Lamurde Local Government Area at his office on a solidarity visit.
While calming the supporters to be patient and accept the recent change in power as an act of God, Chief Crowther Seth said Governor Ahmadu Umaru Fintiri will continue to be his political mentor, promising to work for his success and the party come 2023.
He emphasized that he will not test on his oars, but remain committed in contributing his quota for the growth and development of PDP and the success of his Boss.
How ever, he thanked them for the solidarity, urging them to sustain the spirit of unity and work for the victory of PDP and Governor Fintiri's administration.
Earlier, the PDP supporters from Lamurde led the Local Government Party Chairman Mr Dimas Bello said, they were on a solidarity mission to comfort and encourage the Deputy Governor over the recent political development in the state.
These Mammoth Crowd of PDP members described Chief Crowther Seth as a Pilar and a major critical stakeholder in PDP who has been in politics for many years, but see the recent change in power as an act of God.
The Member representing Lamurde in the State House of Assembly,Mbauna Miyandasa and Sam Meslam said the changes is already destined by God, believing that he has a plan for him.
They expressed appreciation to Governor Fintiri for always identifying with their people, pledging their conviction to continue working for the success of PDP and the fresh air administration.
14:47
Adamawa Daily Reports
News
Email ThisBlogThis!Share to TwitterShare to Facebook